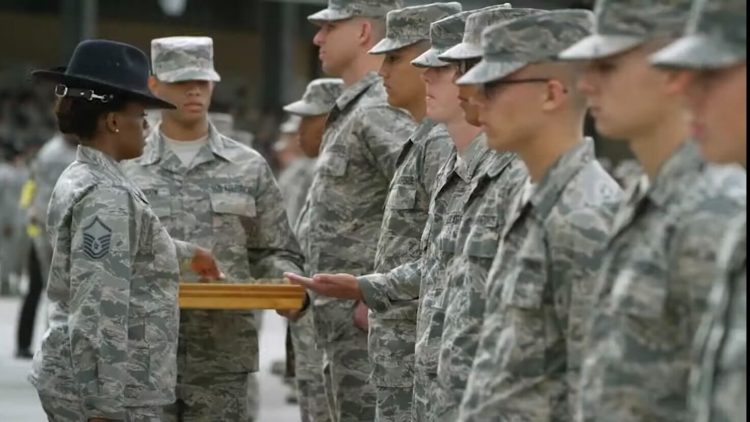 The U.S. Air Force announced that they will be permitting the inclusion of “preferred” pronouns in official email signatures of Air Force members and civilian employees of the Air Force, effective this month.

“The use of pronouns (he/him, she/her, or they/them) in an email signature block is authorized but not required,” reads the Air Force memo.

Further detail and resources were provided, directing interested parties, citing “guidance [that] provides approval for the use of pronouns in electronic signature blocks and expands on written communication by providing official templates posted on e-publishing website available for download.”

This latest version of “wokeism” to be evidenced in the military is once again drawing concern and criticism from both civilians and servicemembers.

“Unbelievable. The Progressive Left has infiltrated our military. Shouldn’t we be worried about military preparedness rather than pronouns? China and Russia are laughing at this,” tweeted Representative Greg Murphy (R-NC).

“When Russia or China has a rifle up your ass, ask them if they care about your pronouns!” agreed another Twitter user.

“As someone that went from enlisted to officer. I don’t recognize the military I spent 13 year of my life in,” tweeted Kirk Brown.

“As a former USAF officer, I can’t believe how this woke nonsense is undermining the services. If concern about pronouns is now more important than the actual mission, we’ve already lost” tweeted Bryan Black.

In recent months, there have been a growing number of stories about “wokeism” in the United States Military. Earlier this year, the state department was criticized for celebrating “International Pronouns Day.”

“Today on International Pronouns Day, we share why many people list pronouns on their email and social media profiles,” the department tweeted.

In another case of wokeism invading the military, it was discovered earlier this year that incoming Air Force Academy cadets are required to complete video training that promotes Black Lives Matter and CRT viewpoints, Despite Defense Secretary Lloyd Austin stating that the Department of Defense does not teach or “embrace” Critical Race Theory.

In the spring, the Army released a recruitment video featuring a girl raised by lesbian couple. The Army advertisement came as the Central Intelligence Agency released other woke-style ads in a series called “Humans of CIA,” which drew criticism from many on social media.

“We are going to lose a major war and the government and military are going to spend millions trying to figure out why. Meanwhile, the Air Force is now authorizing the use of gender pronouns. Military’s sole focus should be on killing the bad guys, not pronouns,” stated one person on Twitter.