Twitter censors Rep. Jim Banks for referring to trans admiral as a man 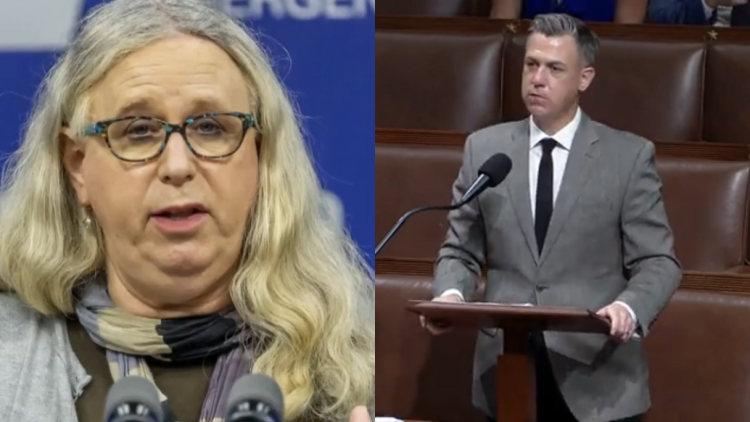 “The title of first female four-star officer gets taken by a man,” said Banks.

Twitter responded with the message: “Violating our rules against hateful conduct. You may not promote violence against, threaten, or harass other people on the base of race, ethnicity, national origin, sexual orientation, gender, gender identity, religious affiliation, age, disability, or serious disease,” it reads.

Banks elaborated on his position in a second tweet.

“Calling someone that was born and lived as a man for 54 years the first “female” four-star officer is an insult to every little girl who dreams of breaking glass ceilings one day,” he said.

“OUT: Follow the science IN: Biological facts are “transphobic”

“Whether Jim knows it or not, he has served next to countless LGBTQ military members who risk everything for our country, and with hundreds of LGBTQ appointees who work tirelessly for the American people,” Ruben Gonzales, executive director of the LGBTQ Victory Institute said in a statement.

“For him to go out of his way to denigrate Admiral Levine and those LGBTQ public servants tells us much more about him than it does about them,” the statement continued.