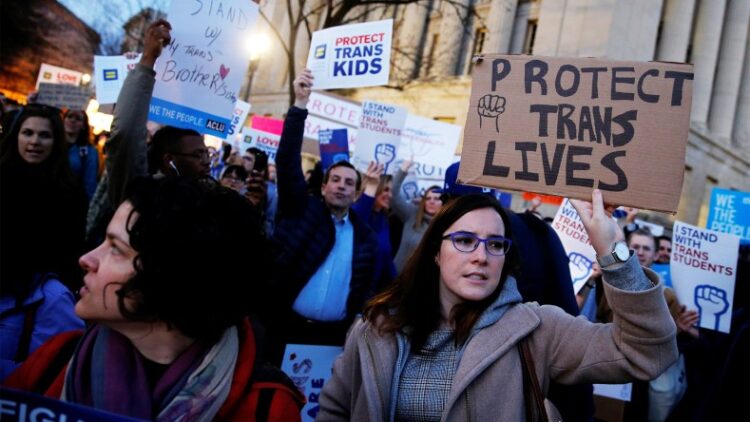 A majority of Americans believe transgender athletes should play on teams with people who match their biological gender, a new national poll found.

Among party lines, 86 percent of Republicans said that transgender athletes should play on teams with their biological sex, while only 10 percent said it should be based on their gender identity. 41 percent of Democrats said biological gender should be the deciding factor, while 55 percent said athletes should be placed on teams based on their current gender identity.

The poll also found that support for transgender individuals openly serving in the U.S. military has dropped by five percent since 2019.

Among all U.S. adults, 71 percent supported transgender individuals serving in the military back in 2019. That number fell to 66 percent in 2021. Among party lines, Republicans remained at 43 percent in favor, while Democrats dropped one percentage point from 88 to 87. Independents had the largest drop in support for transgender military members, going from 78 percent to 66 percent in just two years.

The poll surveyed 1,016 adults between May 3 and May 18 and has a margin of sampling error of 4 percentage points.

The number of American’s identifying as LGBTQ+ is increasing. In 2017, Gallup found that 4.5 percent of American adults identified as LGBTQ+. That number is now 5.6 percent.

The drop in support for transgender rights among American’s comes as at least 31 states have introduced or passed bills banning biological males from competing in women’s sports.