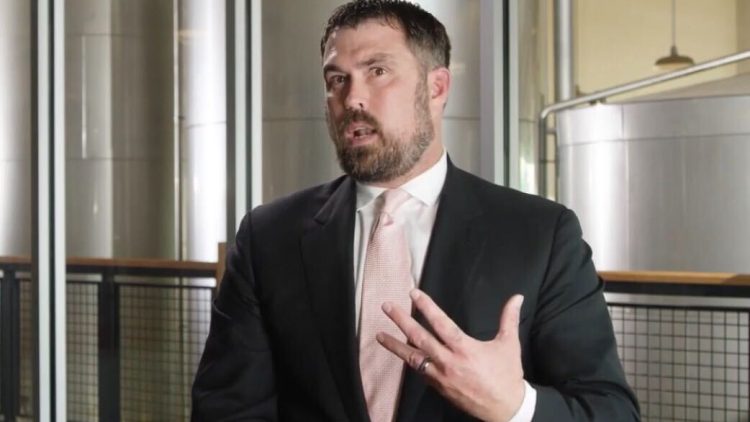 A team of five former Navy SEALS say they will continue to serve their country by running for Congress in 2022.

“It’s exciting because what you have is you have two fire teams of warriors that don’t flinch in the fight for freedom,” said Ryan Zinke, the first of the five, and a candidate for Montana’s 2nd District.

The second of the five is the “lone survivor” Marcus Luttrell’s brother, Morgan Luttrell, who will be vying for a seat to represent Texas’s 8th District.

“We work well in large teams and small teams. We work well if we have to, as an individual, and we’re innovative creative thinkers,” Luttrell told Breitbart News. “Politics [is] a long game. It’s a marathon and ultra marathon, and SEALs have staying power. We prove that after we get through Hell Week, we prove that through the wars that we fought from the past two decades.”

Derrick Van Orden, the third member of the squad, is an author, actor, and businessman. He is running for Wisconsin’s 3rd District.

“It is very difficult to be a SEAL. Even to get selected, to go to training, let alone get through training, and it takes a big toll on you physically…It takes a big toll on your family. You spend years and years and years away from home training and deploying,” said Van Orden. “So we have [an] ironclad proven track record in putting the best interest of the country before our own.”

Eli Crane will be running in Arizona’s 1st District. He is also the CEO of Bottle Breacher.

“[The military] wants you to understand that you’re nothing on the battlefield by yourself, and it will take a team. And that’s, that’s one of the most important things that I learned in the military, because I know that if I get the opportunity to go to Congress, because I’m sent by the people, I won’t be able to do squat by myself, just like I wouldn’t have been able to do anything on the battlefield,” Crane said.

Former SEAL Brady Duke is a business owner in Florida, running in the 7th District.

“We get put through so many challenges and the teams to overcome stress and to be able to work through stress,” he said. “In environments where they stack the odds against you in training so that you’re facing the worst possible problem, and training you to have to work through it in the midst of over what looks like overwhelming challenges or opposition,” Duke said.

All five men will run as Republicans, and some similar threads run through not only their motivation to serve, but also their priorities when they are elected.

All of the candidates identified eliminating Critical Race Theory in the military as a high priority.

“The defense of our country should reign supreme and be the top priority,” Zinke said. “There’s consequences of inadequate training — ask the United States Navy about a series of recent collisions.”

Crane is opposed to the military continuing to participate in a “social experiment.”

“That’s obvious when you hear some of our top generals, like General Milley talking about white rage,” he said. “Our military is headed in a direction that no longer promotes dominance, lethality, and operational preparedness as it did…It breaks my heart.”

“We’re in defense of the country as a whole, and that’s colorblind,” Luttrell said. “If you inject Critical Race Theory, political ugliness, and bureaucracies just for an agenda in any given administration, you’re wrong altogether.”

“The Department of Defense has lost its way, the chairman of the Joint Chiefs of Staff, General Milley, should resign or be fired immediately. He had the gall to sit in front of a congressional committee and explain that he wants to know about white rage and that it’s very important,” Van Orden said.

“When he had that testimony, he should have been ensuring that the Department of Defense was planning the safe extraction of American citizens and our allies from Afghanistan, but he sat up there and tried to lecture elected members of Congress about something that has nothing to do with getting American citizens out of Afghanistan,” he added.

“I have five children, so I care deeply about how the future of the country, and I want them to be proud of the country they grow up into,” Duke said. “It’s scary, the direction we’re headed. All that our country was founded on are being quite directly assaulted. So I’m getting in because I have a lot of fight left in me and I think I can bring a lot of reason to the table and be a voice for the people in a really fair and true way.”