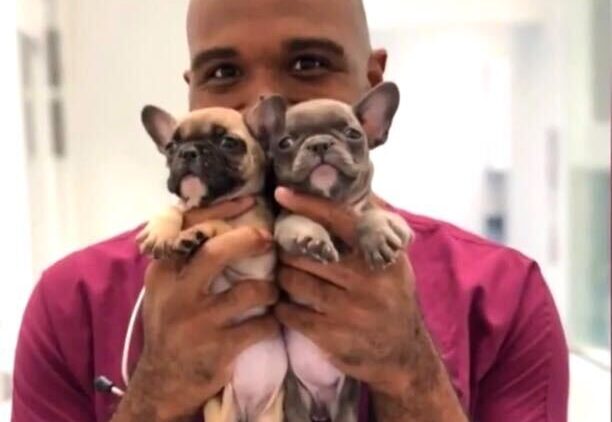 Florida veterinarian Prentiss Madden has been charged with possessing child pornography and making and distributing videos of himself having sex with dogs.

The 40-year-old vet pleaded guilty to the “heinous and unthinkable crimes” on Thursday, which included possessing thousands of images of adults sexually abusing baby boys and toddlers, and also creating “animal crush” videos to share on social media.

During the raid, they seized his phone and computer. Among the findings were incriminating social media chats, including one where Madden detailed his sexual relationship with a male minor from Orlando.

The former Aventura vet hospital medical director was arrested in mid-March. He pleaded guilty to all five charges in his indictment. He will be sentenced on October 8 and faces a long prison term of 20 years or more.

The court system in south Florida is in unmarked territory handling the bestiality and animal abuse charges. “Animal crush” is “a genre of cruelty in which people video record the harming of animals for the sexual gratification of viewers,” and is now a federal crime.

President Trump signed into law an amendment to the Preventing Animal Cruelty and Torture Act that Congress passed in 2019 which made producing animal torture videos a federal offense. The offense carries up to a 7-year prison sentence.

The official complaint alleged that Madden had videos “depicting bestiality.” And his chat logs show graphic images of animal abuse and discussions where he admits to performing sexual acts with dogs and discussing it in detail. Files depicting the atrocities were digitally traced to Madden’s address.

“I was keeping a dog that needed a home,” he allegedly wrote in one chat.

One of the videos was found to have been recorded at the Helping Hands animal hospital. “This leads me to believe that Madden may be abusing animals entrusted to his care,” HSI Agent Leah Ortiz wrote in the complaint.

Madden’s bio at the vet clinic read, “Dr. Madden is the proud pet parent of one Shih Tzu, Lucky, and two Burmese pythons, Mocha and Sherbert. In his free time he enjoys traveling, eating, hiking, snorkeling, and being an aquarium hobbyist,” the bio said.

Madden’s deception and depravity run deep. “Dr. Madden is incredible and a very empathetic vet. He listens to us and really makes me feel safe when putting my dog’s health in his hands,” said a client review on Yelp.

“The nature of the charged offenses are very troubling: that the defendant repeatedly harmed very vulnerable populations — children and animals — and did so over the course of years,” said Magistrate Judge Chris McAliley at Madden’s detention hearing in March.

Madden was denied bail and is being held at Miami’s Federal Detention Center.