Tucker Carlson spars with Geraldo Rivera over border crisis: ‘Are you freakin’ kidding me’ 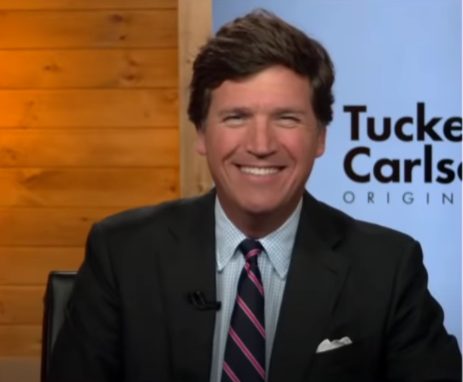 Tucker Carlson got into a heated discussion with “The Five” co-host Geraldo Rivera on Thursday about the impact illegal immigration is having on the spread of COVID-19 in the United States.

Rivera stated that talking about migrants bringing Covid-19 to the U.S. is a form of xenophobia. “That’s not xenophobia,” Tucker snapped back. “That’s equal application of the law, and it’s not happening now. And it’s an appalling double standard that every American – including you – should be mad about.”

“We live in a country where we are being forced to take a vaccine and some people – newsflash – don’t wanna take, that Americans can be arrested for not wearing a mask because Covid is so serious! But foreign nationals break our laws carrying Covid and somehow they’re exempt from the requirements that we live under?”

Rivera said he was more upset about “exaggeration and hype” related to migrants spreading Covid.

“Look,” Carlson said, “If you work in the federal government you have to get the vaccine, but if you break our laws as an illegal alien, you don’t? Why don’t you explain why that’s a good idea to me?”

“Tucker, this is what we’ve been dealing with all week with Geraldo,” joked co-host Jesse Watters at the end of the segment. “My apologies on the show’s behalf.”

Carlson’s indignation comes amidst new Center for Disease Control and Prevention guidelines calling for the re-implementation of mask mandates, even for the vaccinated, in certain areas where the virus infections have spiked.

Amid House Speak Nancy Pelosi’s (D-CA) order to the Capitol Police that individuals not complying with the mask mandate be arrested, many are questioning the lack of reliable medical evidence presented to justify a need for masks. Some, including House Minority Whip Steve Scalise, think the crisis is manufactured for political purposes.

“To be clear: Pelosi is directing police to ARREST vaccinated people who aren’t wearing masks. This isn’t about science—it’s about power and control,” he tweeted.

RELATED: Biden responds to immigration question by appearing to say his ‘butt’s been wiped’