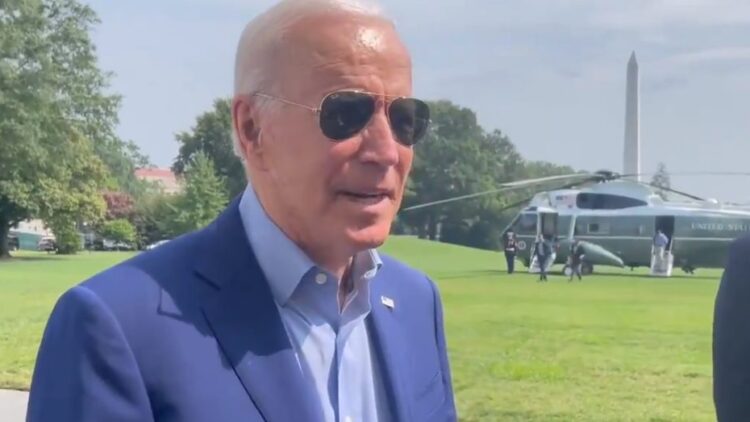 President Joe Biden raised eyebrows when he responded to a reporter’s question about immigration with what sounded like a crude comment on Sunday.

“There needs to be a pathway to citizenship whether it needs to be in immigration remains to be seen,” Biden continued. ABC White House reporter Molly Nagle points out that Biden meant to say “reconciliation,” not “immigration.”

“Is Jill still in Japan? if so which staff member filled in for her in this important task?” replied one Twitter user.

Others defended Biden’s comment, claiming they heard something completely different.

“He said, ‘There must be what?’ Because he couldn’t hear the reporter over the background noise. The reporter repeated the question about a path to citizenship and Biden answered it when it had been repeated,” replied someone else.

Biden’s comment comes after he gave an unusual answer to a question about defunding the police.

Last week, a reporter asked Biden “Are there people [in] the Democratic Party who want to defund the police?”

“Are there people in the Republican Party who think we’re sucking the blood out of kids?” Biden responded.