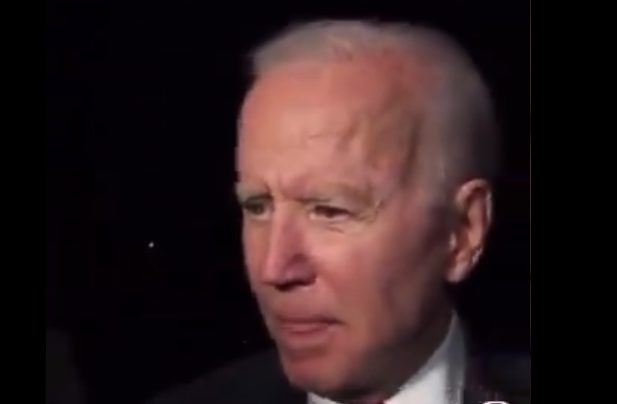 President Biden raised eyebrows after answering a reporter’s question about whether Democrats want to defund the police.

“Uh, Uh, I, I’m not sure… Are there people in the Democratic Party who want to defund the police?” The reporter asks again as Biden walks away appearing to have a smile on his face.

RELATED: Kansas City police board sues mayor and city officials after being defunded by $42 million

Biden’s refusal to give a direct answer to the question, along with the bizarre nature of his answer, left many wondering what the President was thinking.

RELATED: Drag queens team up with Black Lives Matter to demand the defunding of the Chicago Police Department

“He’s saying the quiet part out loud,” replied another.

“Trump at least was entertaining, this mf[sic] is creepy,” said another.

“Sucking blood out of kids is infrastructure. c’mon man!” Quipped another.

Comments from TikTok users were similar.

“He can’t keep kids out of his mouth, literally,” said one user.

“I think the first time I’ve ever hear him clearly annunciate a sentence,” replied another.

“For those not getting it, his point was that opposite parties believe or say outrageous things about their counterpart all the time,” said another.

“But…there are literally plenty of Democrats who want to defund the police, and literally have. So does this mean……..” replied another.