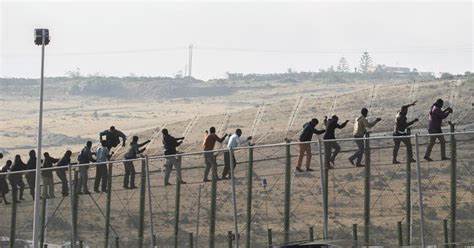 U.S. border officials are expected to announce that nearly 190,000 illegal immigrants attempted to cross the U.S. southern border in June, a 450% increase from last June.

“So much for the ‘seasonal’ lie they tried to fly that when it gets hotter, the numbers go down,” said Mark Morgan, the former acting commissioner of Customs and Border Protection. Unofficial calculations show the number will be 188,000, a knowledgable source told the Washington Examiner.

Numbers show that during the summer months, the number of illegal border crossings does go down. Last June, the total was only 33,000. In June of 2019, the number was 104,311, and in 2018 it was down to 43,189, according to Customs and Border Protection. The low number from June of last year was mainly due to COVID-19 restrictions and former President Trump’s success in negotiating a deal with Mexico that forced asylum seekers to remain in Mexico until their hearing date.

“Biden, everyone in his administration is saying, basically, ‘Come to our borders. We’re going to let you in.’ It’s only just recently they realized they started this catastrophic crisis that now they’re saying the buzzwords, ‘Don’t come.’ But remember, they’re saying, ‘Don’t come, yet,'” Morgan continued. “The Biden administration is releasing thousands of individuals, unaccompanied minors, and families into our country every single day. The migrants know it. The cartels know it. The smugglers know it.”

“That’s why I keep saying that the most inhumane thing we do for migrants is to open our borders because you are telling them that their lives are worth risking because once they get here, they are going to be let in, and that’s exactly what’s happening,” he added.