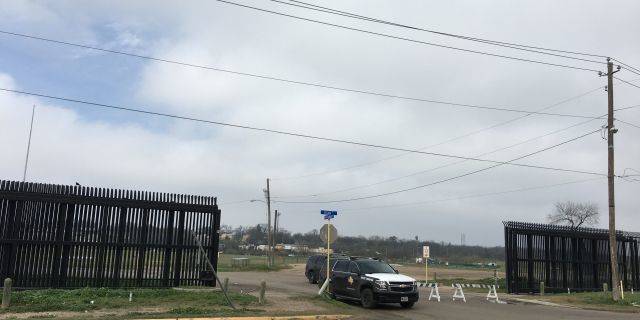 “Since Governor Abbott announced the border wall construction strategy last month, the Department of Public Safety has been working with local landowners who consent to temporary fencing constructed on their land by Texas Military Department engineers,” said a spokesperson for Abbott’s office.

“The Texas Department of Transportation has begun clearing vegetation and constructing a concrete barrier on state land after a competitive bidding process,” the spokesperson added.

The new wall construction was contracted out to Austin-based Starcom Technical LLC. The new barrier will extend for several miles along the Rio Grande in Eagle Pass, Texas, where more than 100 Venezuelans were captured by border patrol attempting to enter the U.S. illegally.

“To make a fine point on it, we have to build a border wall,” Abbott said last month when announcing that Texas will be building a border wall despite President Biden’s opposition. “I’ve been down here talking to the people in the Rio Grande Valley, and the way they are being overrun is reprehensible, it’s disastrous what the Biden administration has done.”

“[Trump] began building the border wall and now suddenly all of that disappeared and,…it has led to a dramatic increase in the number of people crossing the border but it’s not just unaccompanied minors, it’s people were [sic] causing great damage and harm to the residents right here in Del Rio,” he added.

RELATED: Gov. Greg Abbott says Texas will build border wall on its own amid Biden’s ‘willful, wanton disregard for laws‘

Abbott also announced Texas would be apprehending illegal border crossers, something the federal government is traditionally in charge of doing.

“Texas has begun arresting illegal immigrants who are trespassing in Texas or vandalizing property & fences. They are now being sent to this jail rather than being released like the Biden Admin. has been doing. We are adding more officers, National Guard & jails,” Abbott tweeted Wednesday.

“We’re about to change the way that Texas addresses the challenges along the border,” Abbott said in an interview with Sean Hannity, “and we’re going to start by helping these 34 counties [along the border] respond by increasing arrests. We got a new game in town in the state of Texas that’s going to begin next week.”

“I’m being very clear. The law that I’m going to be used will be legal ways where Texas is going to start arresting everybody coming across the border. They’re going to be spending half a year in jail,” he added.

RELATED: Texas Governor Greg Abbott: ‘Texas is going to start arresting everybody coming across the border’