Poll: majority of Americans more concerned about the economy than Covid 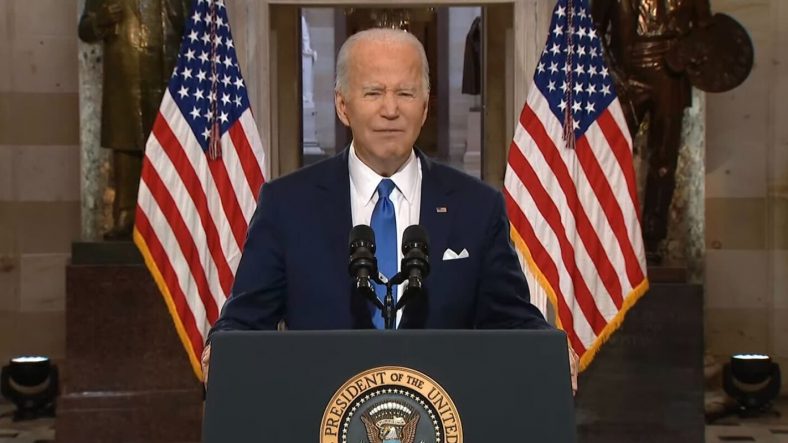 A majority of Americans, 68%, say that they are more concerned about the economy than Covid as the midterm elections draw closer, a new AP-NORC poll says.

“It’s certainly not the victory the Democrats thought it would be,” Adam Brandon, president of FreedomWorks, said of the Biden administration’s handling of the pandemic.

“We’ll have another wave next year,” Brandon continued, “And I just don’t think anyone’s going to care. I think we’re going to get to a point where everyone’s just going to have to learn to live with it. This will die with a whimper as people just lose interest.”

In an open-ended question, the Associated Press-NORC Center for Public Affairs Research poll showed that only 37% of Americans named Covid in their top five priorities for 2022, while 53% did last year.

In contrast, Americans’ concerns about cost of living have doubled during the last year from 12% to 24%. When last year’s poll was conducted, inflation was at 1% in contrast to the 14% inflation rate during this poll’s sampling period. Consumer prices increased 6.8% in the last year as well – a nearly four-decade high.

24% of respondents said that cost of living is one of their top 5 priorities, while only 12% said the same thing last year.

“If we say anything along the lines of, ‘Let’s wait until the pandemic dies down,’ well, this son of a gun virus has unlimited ability to mutate,” said Mary Small, a pharmaceutical research contractor in Downingtown, Pennsylvania. “We might never be done with this.”

“I’m hopeful with omicron,” said Samantha Flowers, a 33-year-old community college teacher in Missouri. “Even though more people are getting it, the sickness hasn’t been as harsh for most people. Since we’re all going to end up sick anyway, let it be one that we can recover from better.”

“Whoever’s not in power is going to spin it in such a way to make it look worse than it might be,” said Dorrie Keough, 68, from Ohio.

“As much reading as I do — and as much investigating that I do — it’s real hard for me to parse out what is actually happening versus what people are saying is happening,” she confessed.

The Biden administration, which campaigned on the promise to end Covid, has seen its approval ratings and public confidence tank in the past few months, with President Biden even admitting that there is “no federal solution” to the pandemic.

A December poll by ABC News-Ipsos also showed that 69% of Americans disapprove of Joe Biden’s handling of inflation – a topic that is of major concern to voters. The poll also found that 65% of Independents say the country is headed in the wrong direction, and Independents are a huge factor when it comes to determining the direction of elections.

“Pandemic fatigue is real, and all of us feel it at some point,” said Surgeon General Vivek Murthy. “As a doctor, I’ve certainly seen it with my patients over the years. When you get tired and beaten down by a health problem – whether it’s a personal health problem or a broader public health challenge – it can lead to disengagement.”

AP-NORC polled 1,089 respondents from December 2-7, 2021 using a representative sample of the U.S. population. The margin of sampling error for all respondents is plus or minus 4.1 percentage points.