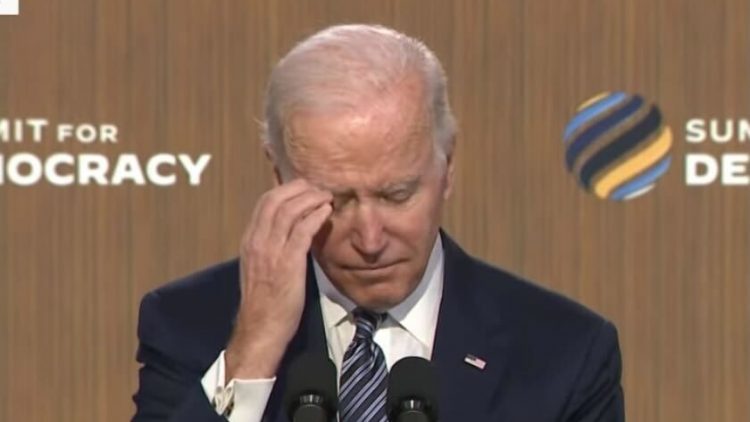 Nearly seven out of ten people in the United States do not approve of the way President Biden is handling inflation in the U.S., a new ABC-Ipsos poll found.

The poll found that 69% of Americans disapprove of how the Biden administration is handling inflation, and also found that 65% of Independents say the country is headed in the wrong direction.

Of that 69%, 94% of Republicans responded that they disapprove, while 71% of Independent voters and 54% of Democrats said the same. Only 28% of people say they approve of the President’s handling of inflation.

“It does affect families when you walk into a grocery store and you’re paying more for whatever you’re purchasing — it matters,” Biden told CNN’s Kaitlan Collins on the subject of inflation last week.

“It matters to people when you’re paying more for gas, although in some states we’ve got the price down below three bucks a gallon, but the point is it’s not gone down quickly enough,” he added. “But I think it will.”

When asked about economic recovery in the country more than half, 57%, say they do not approve of Biden’s performance.

The Biden administration is also falling short in approval ratings on other hot-button topics such as crime and gun violence. Only 36% approve of Biden’s handling of crime. Barely 1 in 3 Americans think Biden is doing a good job handling gun violence issues.

The approval rating on the President’s handling of crime and gun violence are both trending downward from previous surveys, much like his overall approval rating.

The only area that Biden came out ahead was his handling of the pandemic – and just barely. 53% of those surveyed approve of the way he has handled COVID-19.

The ABC News-Ipsos poll, which was conducted by Ipsos in partnership with ABC News using Ipsos’ KnowledgePanel, was conducted from December 10-11 using a random sample of 524 adults. The margin of error is 5 percentage points.