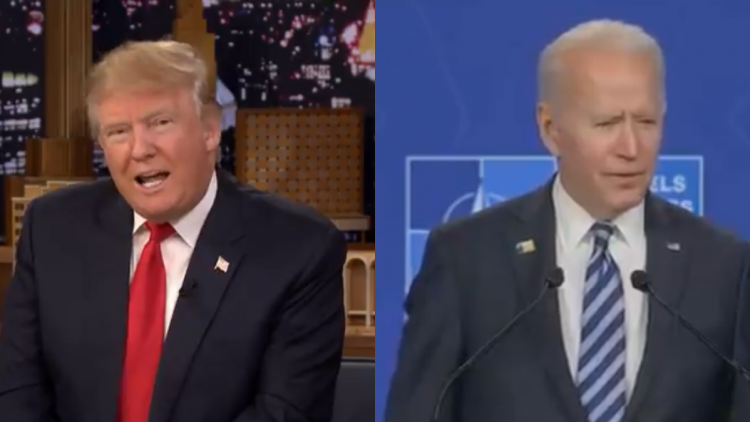 On nearly everything from handling foreign affairs to stimulating job growth to fighting terrorism, voters placed more confidence in former President Trump than in President Biden.

The Harvard/Harris poll found that “most voters do not approve Biden’s job performance in any given area.”

Only 40% of voters think Biden is handling the economy well, whereas 56% thought Trump was doing a good job with the economy in January 2021. Nearly two-thirds (65%) think Biden is doing a poor job handling the immigration crisis, and barely 4 out of 10 (44%) think he’s stimulating job growth. In contrast, 58% of voters thought Trump was stimulating job growth, and 52% approved of his immigration policies.

55% approved of Trump’s fight against terrorism while only 39% think Biden is doing a good job. 49% like the way Trump administered the government while only 42% approved of Biden’s performance in the same area.

The economy/jobs, coronavirus, and immigration are the three issues that voters identified as the most important facing our country, and Trump polled better than Biden on every issue except the coronavirus, with Biden’s approval rating at 50% and Trump’s at 47%.

Biden’s lowest score altogether was on his handling of Afghanistan, with only 33% of respondents approving of his performance in that area.

In his handling of immigration issues, another of his low-rated areas, a majority of voters, 67%, think that Biden was wrong to end Trump’s remain-in-Mexico policy, and 73% say the situation on the southern border is “a crisis that needs to be addressed immediately” with 65% of voters saying that the Biden administration’s current policies are encouraging illegal immigration.

President Biden’s overall approval rating also continues to plummet, with only 23% saying they “strongly approve” of his performance as president, and a new low of 43% overall approval.

Poll respondents were also asked, “If the congressional election were held today would you

The poll also asked voters their thoughts on Biden’s mental fitness to carry out his duties as President of the United States. Among independents, 57% have doubts about his mental fitness and 63% say he is showing that he is too old to be President.

The Harris Poll was conducted among 1,578 registered voters from October 26-28, 2021. Results were weighted for age within gender, region, race/ethnicity, marital status, household size, income, employment, education, political party, and political ideology where necessary to align them with their actual proportions in the population.

RELATED: Biden’s claim that wage growth has outpaced inflation not supported by data