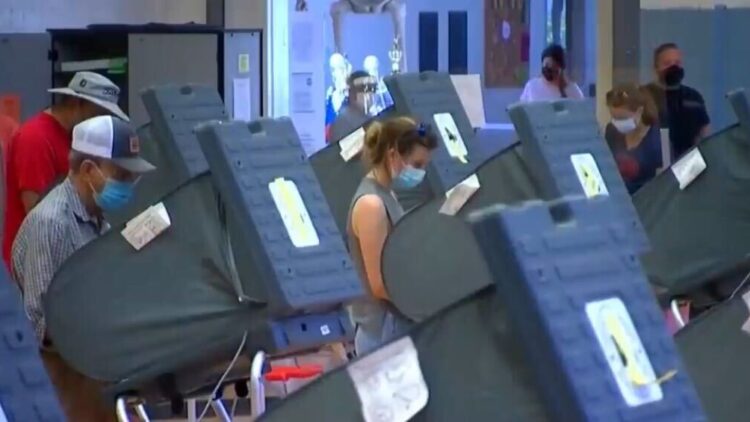 Voting machines in Fulton County, Pennsylvania were decertified this week as the result of a third-party audit.

“As a result of the access granted to Wake TSI, Fulton County’s certified system has been compromised,” Veronica Degraffenreid, acting Secretary of the Commonwealth said in a statement.

Board of Elections officials in Fulton County allowed Wake TSI to access sensitive data and information, including their “election database, results files, and Windows system logs.”

The protocol and security breaches in the audit compromised the whole EMS, Degraffenreid said. After the audit occurred, she said that neither the county, state officials, nor Dominion Voting Systems could “verify that the impacted components of Fulton County’s leased voting system are safe to use in future elections.”

RELATED: Over 60% of Arizona Republicans say Trump will win in election audit: poll

Fulton County’s Board of Elections holds “the authority and duty to maintain proper chain of custody of official ballots, balloting materials, and voting systems before, during, and after each election,” Degraffenreid maintained. “These requirements ensure that any official tabulation, recount, or election contest is conducted transparently in a manner that does not put at risk this critical election infrastructure.”

“These actions were taken in a manner that was not transparent or bipartisan,” she said.

Ultimately, Degraffenreid made the call to decertify the machines. “Please know that I did not arrive at this decision lightly. I have a statutory obligation to examine, evaluate and certify electronic voting systems.”

Wake TSI, a Pennsylvania-based IT company, is also one of the companies involved in the Maricopa County election audit in Arizona.

The Arizona republican-controlled Senate ordered the audit of the 2020 election results which has uncovered extensive election irregularities, including over 70,000 mail-in ballots that were returned to the county during the election with no record of them being sent out. Maricopa County also voted to get rid of their voting machines and replace them with a new system at a $3 million cost to taxpayers.

Fulton County, an area with a population of less than 15,000, will also need to obtain a completely new election management system prior to the next election. According to Degraffenreid, the county had leased the Dominion Democracy Suite 5.5A for the 2020 election.