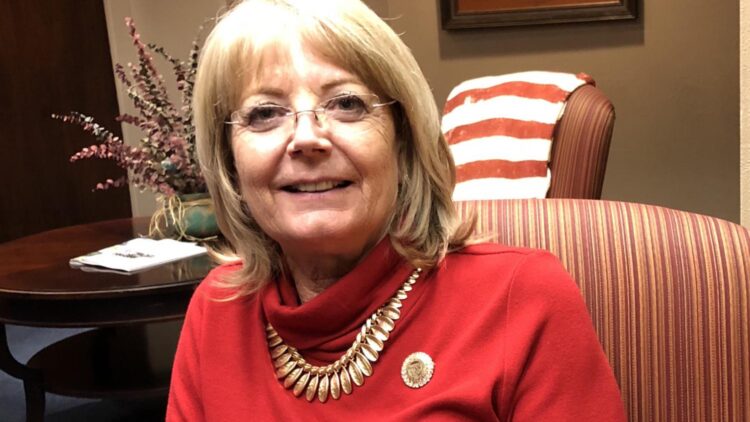 The number of ballots counted in the Arizona Senate’s audit of the 2020 election differs from the tally by Maricopa County officials.

“They haven’t released a number yet,” Arizona Senate President Karen Fann said in an interview on Tuesday. “However, we do know that those numbers do not match with Maricopa County at this point.”

Fann said the approximately 2.1 million ballots are being recounted by “independent machines” before the Senate returns them to the custody of Maricopa County.

“We are finishing up. The vendor is finishing up what we call the aggregation: double-checking the spreadsheets against the blue tally sheets, against the scans they did on the ballots,” Fann continued. “Because before we turn those ballots back to Maricopa County, they want to make sure that every one of those check-and-balances match before they start doing the analysis of all the data they received.”

Fann said a Senate attorney raised the possibility that the audit tally wouldn’t match the county total a couple of weeks ago.

“That’s when we said let’s get a couple of our own independent machines in, not Dominion’s, separate ones, and do our own independent, and all we’re doing is just counting the number of ballots,” she said. “It’s a paper-counting machine is all it does.

“That will help us give like a third check-and-balance to see if those numbers are closer to the vendors’ numbers or Maricopa County’s or they all three could be right on target.”

Fann acknowledged that the process hasn’t been perfect, but she still has faith in Cyber Ninjas, the Florida-based cybersecurity firm tasked with completing the audit. “And I’m confident because it’s not just them,” she said. “Everybody keeps just counting on them when actually they are working with a number of other contractors that have experience in audits and in their expertise in their own fields…This is a joint effort.”

Maricopa County’s Board of Supervisors Chairman Jack Sellers said he is not surprised that the state Senate’s “woefully underqualified” audit team came up with a different ballot tally than the “experienced professionals” in his county’s county elections department.

Fann has said the purpose of the audit is to restore faith in the election system and find ways to improve Arizona’s voting laws, not to reverse the result of the election. Many Trump supporters see it as a means to delegitimize Biden’s victory.

President Joe Biden won Arizona by more than 10,000 votes out of more than 3.3 million casts in the state. His lead was due partly to his advantage in Maricopa County, where he gained nearly 45,000 more votes than former President Donald Trump.