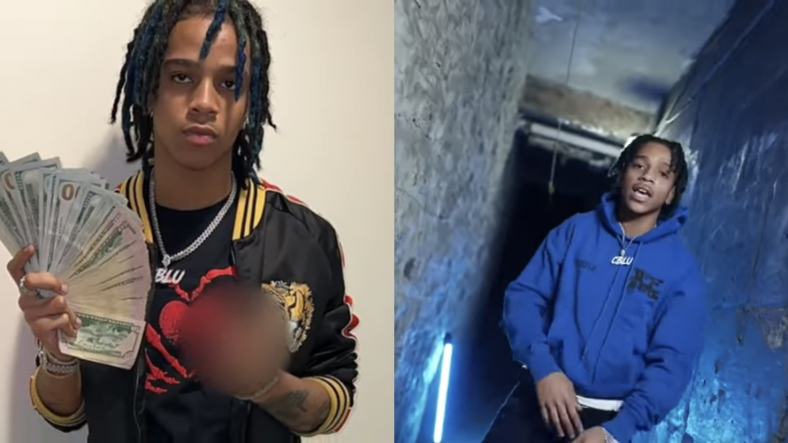 Camrin Williams, 16, posted a $250,000 bond for his release from juvenile detention after being charged with shooting a police officer and despite a previous criminal record.

“If anybody wants to know why we have a crisis of violence in this city, or why we’re about to bury two hero police officers, look no further than this disgraceful bail release,” said NYPD Police Benevolent Association president Patrick Lynch.

“This individual chose to carry illegal guns twice. He chose to fight with and shoot a New York City police officer. There’s no reason to believe he won’t do the exact same thing when he’s out on the street tonight,” Lynch continued.

Williams, also known as up-and-coming rapper “C Blu,” was being held on gun and assault charges for the shooting of a 27-year-old cop in Belmont. Williams’ encounter with the NYPD left Officer Kaseem Pennant with a bullet wound in his leg. The teen could also face an attempted-murder rap from a grand jury, law-enforcement sources speculated.

“Shame on Judge Denis Boyle for allowing this to happen,” Lynch said. “The people of the Bronx won’t be safe as long as he’s on the bench.”

Williams was released from the Crossroads Juvenile Center in Brooklyn shortly before 7 p.m. Thursday but did not speak to reporters.

“Camrin has been released and will be back to his regular productive life of focusing on schoolwork and his music career,” his attorney, Dawn Florio said.

Williams’ “productive life of focusing on schoolwork and his music career” had already earned him a gun possession arrest in 2020 for which he had started probation a month before he racked up another charge for shooting the NYPD Officer Pennant while on probation for the previous crime.

The teen reportedly used an advance on his contract with Interscope Records to post the bail.

“Today of all days, with the city in mourning over the deaths of Detective First-Grade Jason Rivera and Police Officer Wilbert Mora, we all must come together and agree that changes are needed,” Mayor Eric Adams stated.