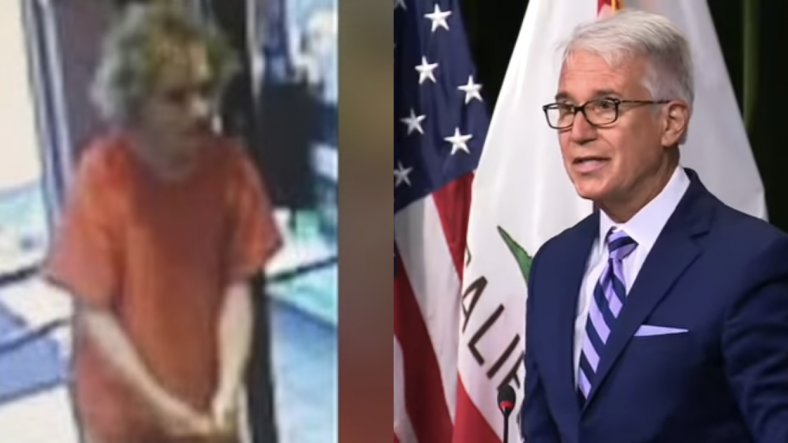 Convicted child molester Hannah Tubbs, a 26-year-old biological male, has been sentenced to 2 years in a girls’ juvenile detention center after announcing post-arrest that he would begin identifying as a woman.

“There was evidence presented at the juvenile proceedings which showed that Tubbs sexually assaulted two young girls in different incidents in the past. The child victims will suffer lifelong trauma. Tubbs also has prior violent convictions and conduct as an adult,” Hatami continued.

Formerly known as James Tubbs, the child molester assaulted a 10-year-old girl two weeks before turning 18. Tubbs pleaded guilty last week to the 2014 assault in the women’s bathroom of a Denny’s. Tubbs allegedly grabbed the child by the throat, locked her in a stall, and put her hand down her pants. Tubbs only stopped the assault when interrupted by another person entering the bathroom.

Prosecutors claim that Tubbs announced after being taken into custody that she would henceforth be identifying as a female.

Embattled Los Angeles DA George Gascon, known for his weak stance on criminal justice, refused to try Tubbs as an adult, even though the child molester turned 18 only two weeks after the assault took place.

Consequently, Tubbs will be housed with young girls in the female wing of the juvenile detention center.

“Judge Barrera’s hands were tied today – due to the fact that the DA’s office failed to file a motion to transfer Tubbs to adult criminal court, which is where she rightly belongs,” Kathryn Barger, chair of the Los Angeles County Board of Supervisors, said.

Gascon espouses a highly controversial policy which forbids anyone under 18 to be tried as an adult. His woke criminal justice reforms sparked immediate outrage when he vowed to “immediately stop prosecuting children as adults.”

“Because of George Gascon’s blanket policy against transferring any juvenile to adult court, even if the 17-year-old rapes or murders an innocent child, James Tubbs will not have to register as a sex offender, will not spend any time in county jail or state prison, will be 26 and housed with juveniles for a very short period of time, and will be released with no probation or parole monitoring. The victims will get no justice. The public will get no safety,” Hatami said.

In addition to the assault conviction, Tubbs has previously been arrested for battery, drug possession and probation violations in multiple other states, including Idaho and Washington. Tubbs has a pending misdemeanor case in Washington and is accused of sexually assaulting a minor in Kern County, California.

As justification for his decision to house Tubbs in a female juvenile facility, Gascon said he was worried Tubbs might be victimized in an adult facility since she is now a trans woman.