Rep. Gaetz, other GOP members locked out of detention center to view treatment of Jan 6 detainees 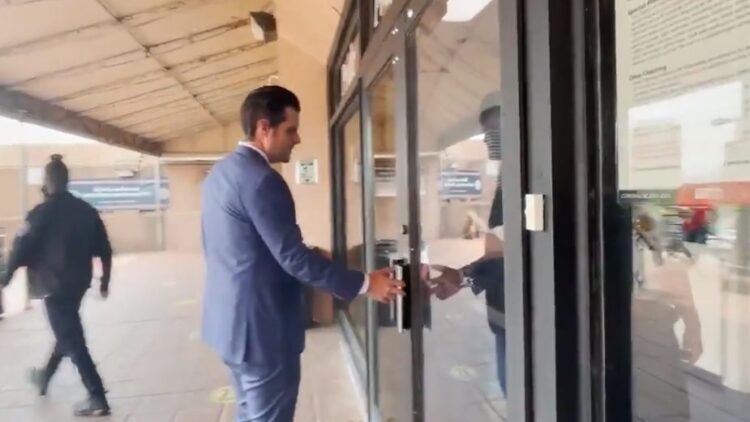 “BREAKING: The DC Department of Corrections locked out multiple Members of Congress from reviewing the conditions of the January 6th prisoners,” Gaetz tweeted along with a video of the incident.

“What are they hiding?” He adds.

RELATED: Republicans heckled with chants of ‘rapists’ and ‘traitors’ during press conference on Jan 6 detainees

An attorney attempting to visit his client was also locked out of the facility by its staff.

Gaetz approached the facility’s front doors without his mask on, motioning to staff on the other side of the glass doors that he would put it on if it meant gaining access. He puts the mask on shortly before the staff inside turn their backs and walk away from the locked doors.

“We’re just here to ask questions, and now they’ve locked the door and have not given us access. This was apparently a bait and switch. We’re here just to speak to a supervisor, and when the supervisor came out… to have that discussion, they literally ran behind us and locked the doors,” Gaetz says in an interview in front of the building.

“This is a rare time. Under this administration where the prison is used to lock people out instead of lock people in…” Gohmert says.

“Because they don’t want us to know what’s going on inside,” Greene adds.

The GOP Reps. attempting to gain access to the detention center comes after reports of solitary confinement and other harsh treatments of its detainees involved in the Jan. 6 Capitol Hill riot. House Speaker Nancy Pelosi recently convened a Jan 6 commission to investigate the riot.