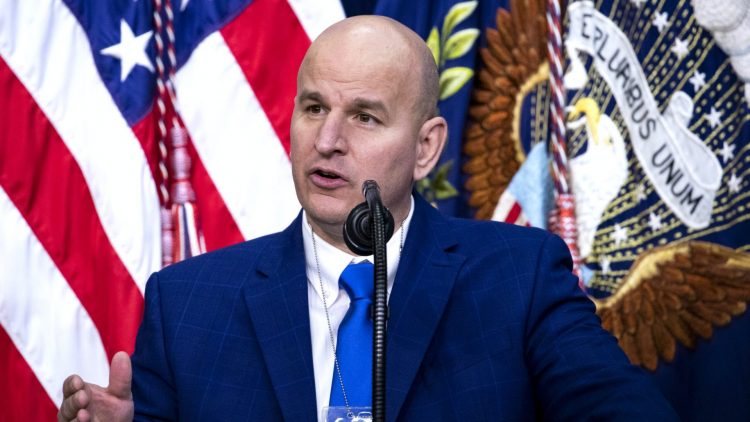 President of the National Border Patrol Council (NBPC) said Thursday that if Joe Biden wasn’t president, he would arrest him for “aiding and abetting.”

“I’ve been patrolling the borders since Clinton was the president, and I can tell you personally, that the policies that have been in place were by far the best under President Trump and President Biden completely and totally dismantled all of those policies,” NBPC President Brandon Judd told Fox News host Sean Hannity.

Judd went on to say Department of Homeland Security Secretary Alejandro Mayorkas knew about the agents on horseback and is now “doing a 180.”

“And when you look at our Border Patrol agents, when they are sent down there to that job, and by the way, Mayorkas was down on the border, and he saw the horses, he knew the horses were out there, and now he’s making, doing a 180.”

Judd blasted the president for “vilifying” border patrol agents who are simply doing their job “to the best of their ability.”

“If President Biden wasn’t the president right now, I would arrest him for aiding and abetting,” Judd said before the segment ended.

“We have had multiple lawsuits against the Biden administration. And what’s so frustrating to us — I’ve been a prosecutor much of my career — is the fact that they won’t even follow the existing law,” he said.

“The President is at apex of his power when it comes to national security and border security. And yet, he literally turned over Afghanistan to the Taliban. And now he’s ceding control the border to the cartels,” Brnovich added.

Brnovich said Biden is “violating his oath to protect the republican form of government in the United States” and that there are some Americans who view what’s happening at the border as “an invasion.”