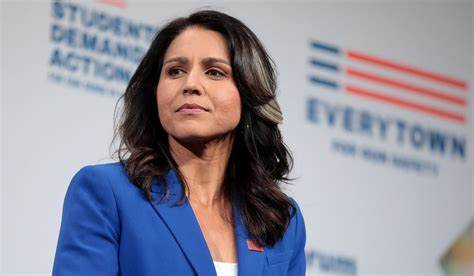 “@JoeBiden @KamalaHarris, the humanitarian and national security crisis on the southern border is the direct result of your open-border policy. As I said in my 2020 presidential campaign, we can’t have a secure nation if we don’t secure our borders,” Gabbard wrote on Twitter.

“The Biden/Harris open-door policy has been a disaster,” Gabbard wrote. “It needs to end now. The main beneficiaries of open borders are the gangs, cartels, and human traffickers. The Trump policy of having people wait on the other side of the border worked and needs to be reinstated.”

Gabbard has received both praise and criticism for her tweets.

“Agree or disagree on @TulsiGabbard’s policy – that’s fine and healthy. I’m not 100% in agreement with anyone myself. But TG has repeatedly demonstrated that she is honest and not bought. That matters WAY more to me,” a user wrote on Twitter. “Policy is important, but it means NOTHING without integrity.”

“Any bets on who will jump in my mentions first to defend Tulsi? Russian propagandists? Or nazis? Let the countdown begin,” another user wrote on Twitter.

“I’m up and that’s a victory in itself. Also f*ck Tulsi Gabbard. She is horrible,” Tony Posnanski wrote on Twitter.

“Well said! As much as Trump was wrong on everything else, the board [sic] with Mexico was feared, now those migrants assume they will be welcomed to the US. This is why the democrats [sic] lose elections every time,” a user wrote on Twitter.

Migrants have continued to flood the US-Mexico border throughout the Biden presidency, and the country is on track to encounter a record 2 million migrants by the end of the fiscal year on October 1. Despite telling migrants “don’t come to America,” Biden has left the border largely open, and it seems that the administration has no plan to shut down illegal crossings, something Trump has commented on frequently since leaving office.

“Tens of thousands of people are coming from Haiti, and many now from countries in Africa, even more so now than South Africa,” Trump wrote in a statement. “Nothing is done and the corrupt Mainstream Media is giving almost no attention to what will be perhaps the greatest Crisis in the history of our country.”

Tulsi Gabbard did not respond to the Independent Chronicle’s request for comment.