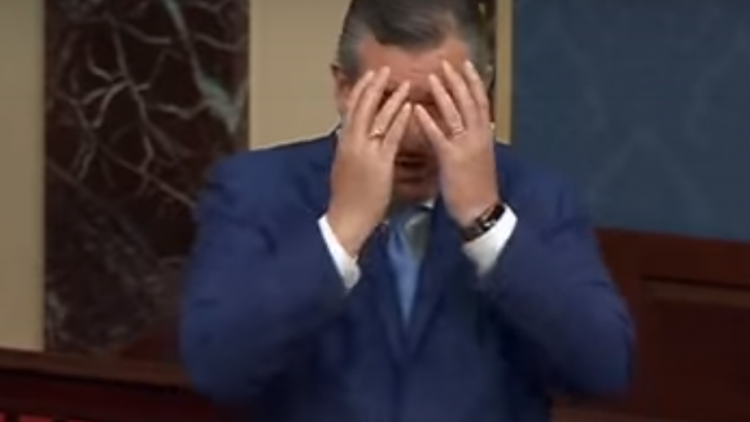 Cruz went on to say Democrats used the “kids in cages” talking point to attack former President Trump while ignoring the reality of the situation at the border.

“I’ll tell you: I’ve been to the border. I’ve been to the Biden cages,” Cruz said. “For four years, Democrats went on and on and on, the corrupt corporate media went on and on and on about kids in cages. You couldn’t turn on the evening news without hearing kids in cages. What they didn’t tell you is Barack Obama built those cages. And today under Joe Biden, the cages are bigger and they’re more full than they were before,” he added.

RELATED: GOP Reps introduce articles of impeachment against Joe Biden: ‘Not capable of being Commander-in-Chief’

Cruz then spoke about his visit to a migrant detention center in Donna, Texas, with “little boys and girls on top of each other” amid the ongoing COVID-19 pandemic.

“Just a couple of weeks ago, when I was in the Rio Grande Valley, the rate of COVID positivity in the Biden cages was over 22%,” Cruz said.

The Texas Senator also accused President Biden and Vice President Kamala Harris of ignoring the border so that the news cameras don’t go there.

“Why does Joe Biden refuse to go to the Rio Grande Valley? Because if he goes, the TV cameras will come with him,” Cruz continued.

“Why does Kamala Harris, who’s supposed to be the border czar, she’s supposed to be in charge of this, why won’t she go to the Rio Grande Valley? Because if she went, the TV cameras would come and would show the Biden cages.”

Cruz then accuses the “corrupt corporate media” of covering for the Biden administration’s failure to get a handle on the crisis at the southern border.

“The Democrats are counting on the corrupt corporate media to suddenly say nothing to see here. 15,000 Haitians under a bridge in Del Rio. Nothing to see here. Anyone want to know what Joe Biden’s favorite ice cream flavor is? That’s the news!”