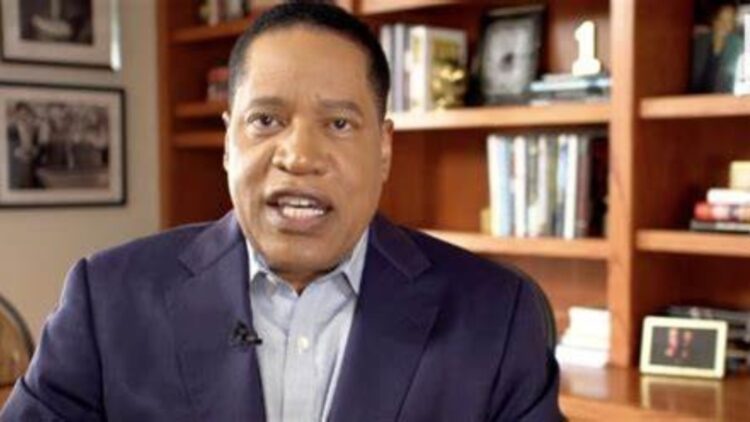 “For somebody who’s never run a business to tell businesspeople…‘I’m going to jack up your price of labor, and you’re going to deal with it,’ to me, it’s offensive,” Elder said in an interview with the editorial boards of California’s McClatchy-owned newspapers.

“The ideal minimum wage is $0.00,” he added. “Why two people who are adults can’t determine what the price of labor ought to be, is beyond me, and why a third party feels it is his or her business to interfere with that is also beyond me.”

Elder is one of the more than 40 candidates who qualified to challenge Governor Gavin Newsom in the Sept. 14 recall election. In his campaign announcement, he bashed Newsom for being the reason for the “decline of California.”

“The more I got into this, the more I became optimistic that maybe, just maybe, somebody named Larry Elder can do a little something about some of the problems plaguing California,” he said.

In explaining why he felt he had a good chance at beating Newsom, he invoked the legacy of former California-Governor-turned-President, Ronald Reagan.

“There was a gentleman who came out of Hollywood, who was not on talk radio for 27 years, as I have been, was not on every major market in California from Sacramento down to San Diego, was not a syndicated columnist for some 23 years, as I am… he came out of Hollywood, and became a pretty good two-term governor and a pretty good president,” Elder said. “I’m not comparing myself to Ronald Reagan, what I am saying is that sometimes political experience doesn’t tell you anything.”

He also slammed the Democratic Party for advancing the notion of “systemic racism” and attacks on police as reasons for the state’s high crime rates.

“This business about the police engaging in systemic racism is false. It’s a lie,” he said. “The police, because of this false accusation, are engaging in what’s called passive policing as opposed to proactive policing. They’re pulling back.”

The latest polling shows Elder leading the pack with 18% of support among likely voters. Polling also shows a decline in support for Newsom, with 47% of likely voters now supporting his removal, while 50% support keeping him in office.