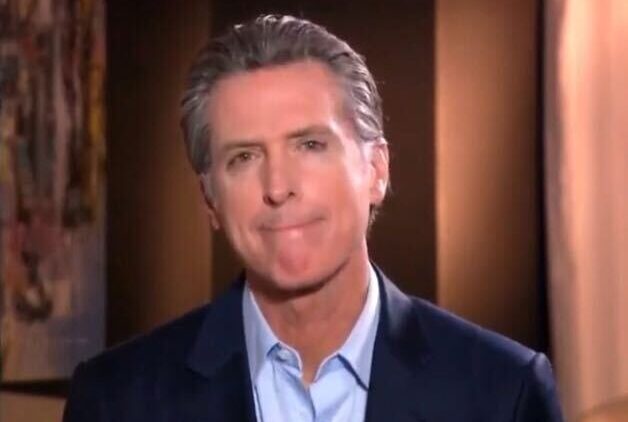 “Over the past year during the shelter-in-place, this store location has experienced several attempted break-ins, similar to many of the other businesses in the area and across the city,” said Joe Arellano, spokesperson for Newsom’s PlumpJack Wine & Spirits.

Police responded to an alarm at the corner of Greenwich and Fillmore Streets at 6:40 a.m. Tuesday. The would-be thieves had broken through a window at the front of the store but had fled the scene before law enforcement arrived, according to the San Francisco Police.

The store has new security cameras, and Arellano said they hope to identify the suspects via video footage. PlumpJack Wine & Spirits has suffered three break-in attempts this year, with multiple others occurring in 2020 after the onset of the pandemic.

Newsom and his wife opened the store in 1992, funded by billionaire Gordon Getty. The store has been in a blind trust since Newsom was elected governor, and is a source of millions in profits for the couple.

The attempted robbery of PlumpJack Wine & Spirits happened in the midst of a crime spree concentrated in large cities across the country. This wave of crime is causing many small business owners to take extra security measures, limit store hours, and in some cases, shut their doors for good.

California recently raised its threshold for a felony to $950 worth of stolen goods, from the previous amount of $450. Emboldened gangs are coordinating calculated robberies with the new threshold in mind. The police are unable to respond or take action on misdemeanor thefts, so thieves are essentially in the clear if the robbery value is less than $950. Store owners’ options for combating misdemeanor theft include investing in extra measures at their personal expense, such as hiring private security guards.

Small businesses are not the only target of the uptick in theft. Larger stores and national chains such as Target, Walgreens, H&M, and Marshalls have also been consistent victims in the San Francisco area. A spokesperson for Target called the rash of thievery “significant and alarming.”

Walgreens alone has closed 17 of its stores in the San Francisco area over the past 5 years, despite spending over 30% more on security than they do in other areas of the country.

The SFPD is asking anyone with information is asked to call the SFPD 24-hour Tip Line at 1-415-575-4444 or Text a Tip to TIP411 and begin the text message with SFPD. You may remain anonymous.