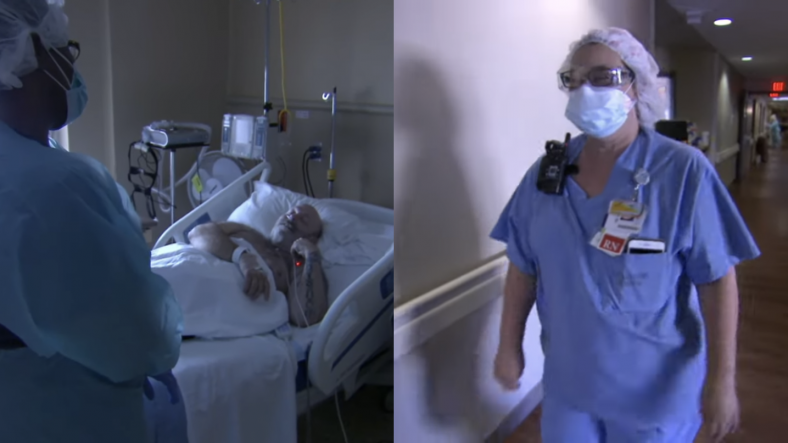 SSM Health removed the race-based qualification for patients to receive monoclonal antibodies for the treatment of Covid-19 after they received threat of legal action from a nonprofit conservative law firm.

“The approach taken by your [patient risk] calculator is not only profoundly unethical and immoral, it is illegal,” the Wisconsin Institute for Law & Liberty (WILL) wrote to SSM Health.

“Under your current risk scoring calculator, patients will receive a substantial preference based on race, with the color of a patient’s skin mattering more than medically recognized co-morbidities or symptoms,” the letter continued.

Under the SSM Health triage system, a person must accumulate 20 risk points to be eligible for treatment with monoclonal antibodies (mAbs). The chain assigned various points to anything they considered a comorbidity or risk factor. Within this system, any person who is non-white received an automatic 7 points, thereby making it far more likely that they would receive treatment by virtue of their skin color, even if someone else’s medical risk was greater.

“A 40-year-old white male (14 points) presenting in an emergency room with shortness of breath (4 points) would not be eligible, while a 40- year-old African American male (21 points) without any co-morbidities or symptom risk factors would be eligible,” the law firm pointed out.

“A 50-year-old white female (15 points) suffering from obesity (1 point), asthma (1 point), and hypertension (1 point) would not be eligible for mAbs because she does not receive the 20-point minimum score under the calculator. On the other hand, an otherwise healthy 50-year-old African-American female (22 points), without any of these health risks, would be eligible,” read another example.

“A patient’s race is not a disease, symptom, or co-morbidity,” said Dan Lennington, a lawyer with WILL. “It’s amazing that we even need to say it, but doctors should treat the individual patient, not the skin color.”

SSM Health, which operates in Illinois, Missouri, Oklahoma and Wisconsin, released a statement, saying, “While early versions of risk calculators across the nation appropriately included race and gender criteria based on initial outcomes, SSM Health has continued to evaluate and update our protocols weekly to reflect the most up-to-date clinical evidence available.”

“As a result,” the statement continued, “race and gender criteria are no longer utilized. The internal memo cited by WILL inadvertently referenced an expired calculator.”

Previously the Catholic health chain had defended the decision to use race as a qualification after public outrage at the fact that their scoring rubric gave skin color more clout than diabetes, obesity, asthma, and hypertension combined.

“COVID-19 has had a disproportionate impact on low income communities and certain racial/ethnic minorities in the United States,” they stated in an email dated late December.

“We’re encouraged that SSM Health has dropped the racial classifications from their risk-scoring calculator,” Lennington said. “But if they updated this calculator before today, we have yet to see any communication to Wisconsin physicians on the matter. We still profoundly disagree with SSM’s position that race is an ‘appropriate’ consideration when treating patients for COVID.”