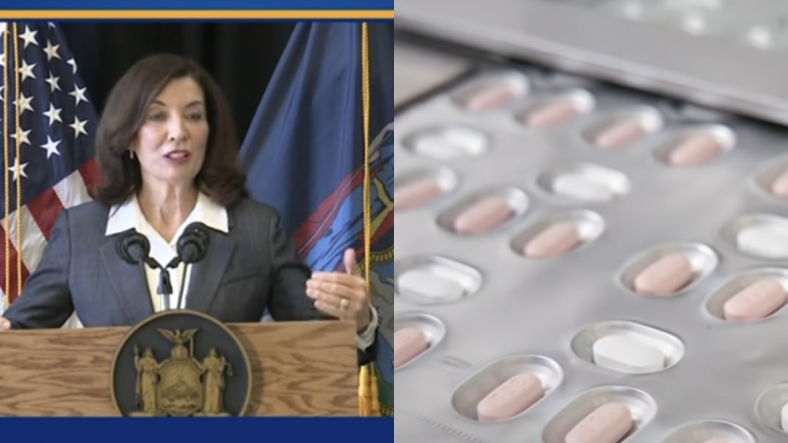 “Non-white race or Hispanic/Latino ethnicity should be considered a risk factor as longstanding systemic health and social inequities have contributed to an increased risk of severe illness and death from COVID-19,”  the policy reads.

Per the New York State Department of Health’s policy, white people who live in the hardest-hit Covid state in the U.S. may be denied the two most promising and arguably most effective treatments for Covid-19.

In order to be considered for treatment if you are white, you have to prove “a medical condition that increase[s] [your] risk for severe illness.” If accepted, white people would possibly be eligible for outpatient clinic care where they could receive monoclonal treatments or Pfizer’s Paxlovid pill.

As outlined in new policy, “longstanding systemic health and social inequities” automatically bump any non-white persons into the eligible category without having to provide any documentation on medical conditions or any other risk factors.

“One-party, far-left control of Albany has brought forth some truly horrible policies. Prioritizing access to health care along racial lines is right up there with the worst. The people pushing this crap need to be voted out of office starting with @GovKathyHochul,” tweeted New York gubernatorial candidate Rob Astorino.

“Prioritization guidance comes directly from the CDC,” Erin Silk, a spokesperson for the New York Department of Health, told Fox News. Neither “race nor ethnicity would disqualify an individual from receiving treatment,” she continued.

“Systemic poverty, which has clearly proven to be a risk factor in populations in New York State and nationwide, is added to the algorithm of prioritization similar to all other risk factors. It is merely mentioned as a factor that increases risk,” Silk stated.