Harris arrives in Texas, snaps at reporter over question about border trip delay: ‘It’s not my first trip’ 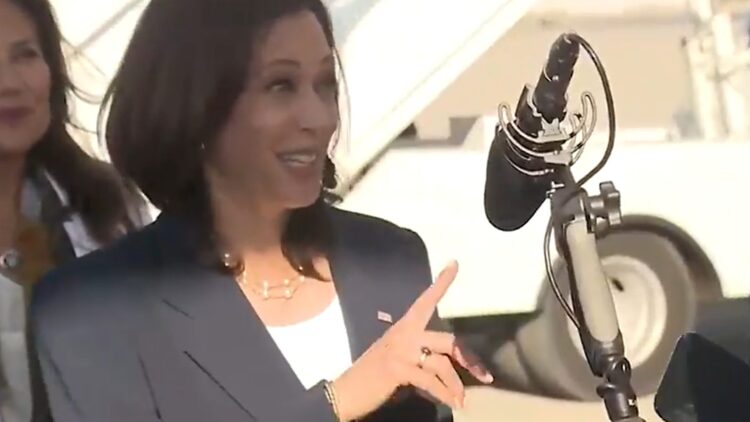 Vice President Kamala Harris arrived in Texas on Friday and immediately snapped on a reporter for asking why it took so long for her to visit.

Shortly after arriving in El Paso, she was asked by Fox News reporter Peter Doocy as to why now was the right time for her first trip to the border.

“It’s not my first trip, I’ve been to the border many times,” she snapped back.

“As the Vice President, as the person in charge of the response,” Doocy clarified.

“And being in Guatemala, and being in Mexico talking with Mexico as a partner frankly on the issue, was about addressing the causes and coming to the border at the advice and invitation of [Rep. Veronica Escobar] is about looking at the effects of what we have seen happening in Central America,” she continued.

Harris was greeted in Texas by a group of pro-Trump protestors with banners that said “Trump Won,” similar to the greeting she received when arriving in Guatemala earlier this month, where one banner read “Kamala, Trump Won.”

Harris’ visit comes after months of constant hammering from Republicans, and even some Democrats, for her refusal to visit the border and see the migrant crisis first hand as Vice President and only days before former President Donald Trump is set to visit the border with Texas Governor Greg Abbott.