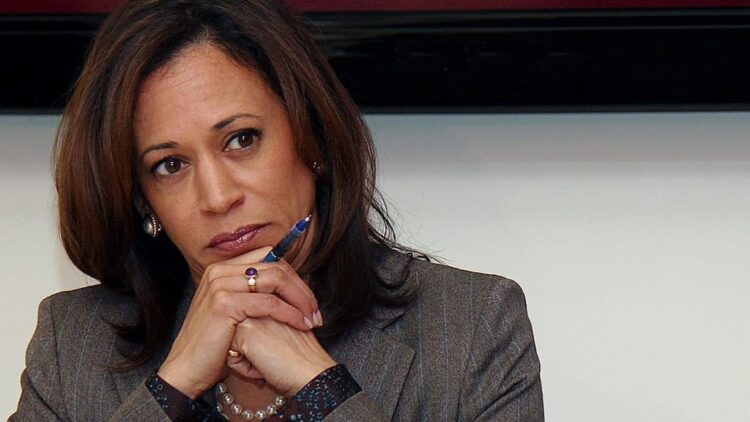 Iowa Representative Ashley Hinson introduced a bill that would halt taxpayer money from being used for Vice President Kamala Harris’ travel expenses until she visits the Southern Border and issues a report on how to solve the migrant crisis.

The U.S.-Mexico border is seeing an unprecedented surge in illegal alien crossings since President Joe Biden took office. Biden, who also has not visited the border, appointed Harris as “Border Czar,” tasked with handling and developing a solution for the migrant crisis back in March.

“It’s unacceptable that after nearly two months as the Administration’s so-called point person on the border crisis, Vice President Kamala Harris still hasn’t visited the Southern Border and heard directly from the brave law enforcement officers about what they are facing on the ground,” Hinson said in a news release.

Hinson’s bill entitled See The Crisis Act would prohibit federal funds from being used to pay the travel expenses for the vice president, including Air Force Two and security details for any travel outside the U.S. until “she visits the Southern Border and reports to the American people on the steps the Administration is taking to address this crisis.”

In April, Harris made statements regarding the “root causes” of migration and suggested climate change was at fault for the current surge at the border of migrants from Latin America.

On May 4, Harris announced that the U.S. would be sending $310 million to Central American countries as part of a $4 billion total expenditure in the Northern Triangle to tackle the root causes. The Biden administration has also proposed sending direct cash payments to Central Americans to prevent them from coming to the U.S.