Grenell, Olbermann spar over who’s to blame for Taliban takeover in Afghanistan: ‘Try debating instead of melting down’ 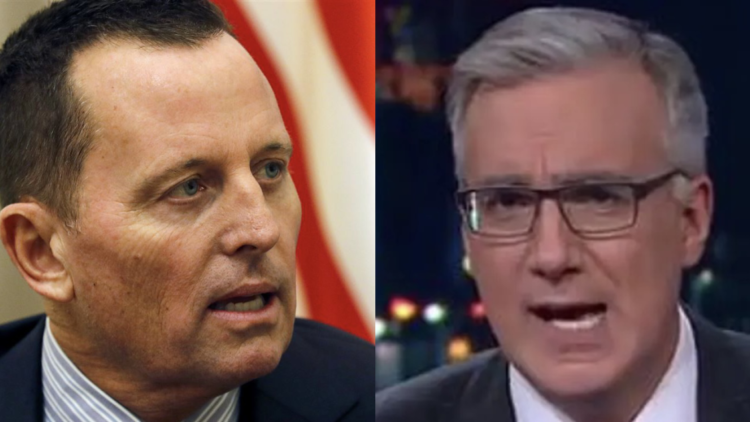 Richard Grenell, the former ambassador to Germany under President Trump, got into a heated Twitter debate with political commentator Keith Olbermann over who’s to blame for the Taliban takeover in Afghanistan.

“Obama let ISIS take over Syria and Biden let the Taliban take over Afghanistan. And they both allowed a porous southern border where chaos reigns,” Grenell tweeted Sunday afternoon.

Olbermann, known for his immense hatred for anything related to former President Donald Trump, went after Grenell, calling him a “Dunning-Kruger control group escapee.”

“Who started the negotiations with the Taliban and released its leader, you pinheaded Dunning-Kruger control group escapee?” Olbermann said in response.

Grenell fired back, telling Olbermann to try debating instead of “melting down on every tweet.”

“Try debating instead of melting down on every tweet. You are so intolerant of other views. Your Biden team changed course on our southern border – they are free to make their own policy in Afghanistan. Trump had conditions for the Taliban – Biden clearly didn’t,” Grenell said.

For nearly two decades the American military has had forces on the ground in Afghanistan attempting to regain the war-torn nation from the grasps of radical Islamists. Over the weekend the Taliban took control over the nation’s capital of Kabul – marking a major foreign policy failure of the Biden Administration.

The State and Defense Departments released a joint statement on Sunday evening regarding the situation on the ground in Kabul, notably at Kabul’s airport, where chaotic evacuation efforts are taking place.

“Tomorrow and over the coming days, we will be transferring out of the country thousands of American citizens who have been resident in Afghanistan, as well as locally employed staff of the U.S. mission in Kabul and their families and other particularly vulnerable Afghan nationals. And we will accelerate the evacuation of thousands of Afghans eligible for U.S. Special Immigrant Visas, nearly 2,000 of whom have already arrived in the United States over the past two weeks,” the statement reads.

Many critics of the President have pointed to remarks Biden made last month when asked about Afghanistan and the threat of the Taliban taking over, saying, “the likelihood there’s going to be the Taliban overrunning everything and owning the whole country is highly unlikely.”