Left-wing slammed again for flying Pride flag at the U.S. Embassy in Afghanistan 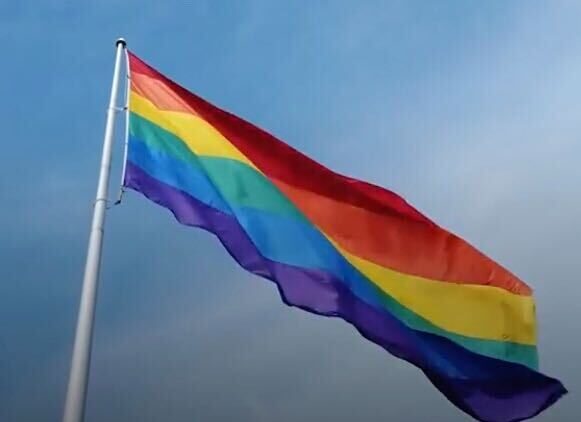 The U.S. Embassy in Kabul faced backlash for flying the Pride flag during June, and amidst the Taliban’s swift takeover of Afghanistan, people are taking a look at left-wing goals through a different lens.

Many drew a contrast between the relative importance of the gesture and the gravity of the situation facing the citizens of Afghanistan as the terror regime re-takes hold of the country. “Haven’t been following the news. How did this work out?” tweeted conservative blogger Matt Walsh.

Many people reacted with renewed frustration, anger, and sarcasm. Don Jr. tweeted, “I wonder if our govt officials in Afghanistan will leave some literature on gender pronouns and CRT behind when they evacuate our embassy so that the Taliban can educate themselves and become a stronger fighting force. Hopefully the Taliban will leave the Pride Flag up?!?

“The gay pride flag flying over the embassy sure sent a message to the Taliban! They’re afraid of us now. Oops! Maybe if we add just one more letter to the LGBTQ symbol, that will scare them away. That surely will protect the Afghan people,” someone else tweeted.

“Did the US manage to save the Pride flag that was flying over our embassy?” wondered another. “I just don’t know what went wrong in Afghanistan. The US embassy flew the pride flag and everything!” someone else agreed.

“This says a lot about the Biden’s administration’s priorities in Afghanistan who will be paying a heavy price in innocent lives for decades to come,” said Fox News editor Will Ricciardella.

“Pelosi is concerned about the BLM and Pride flags at Embassy Kabul,” observed Richard Grenell.

“Gonna be awesome when the hang up the Pride Flag in the background when they hold public executions on the grounds of the former US Embassy…,” said one person in response to a tweet that laid responsibility for the situation in Afghanistan squarely on the shoulders of President Biden.

“It woked [sic] out just as we knew it would. Massive Failure!!!” one person tweeted.

“Had they just started crt sooner all of this could have been avoided,” said someone else. “‘Mostly peaceful,'” noted another. “‘Love’ didn’t win,” tweeted a third.

“Hahahhahahhahahahahhahahahahh! Two months ago in Kabul. The Biden administration is the laughing stock of the world,” concluded conservative host Candace Owens.