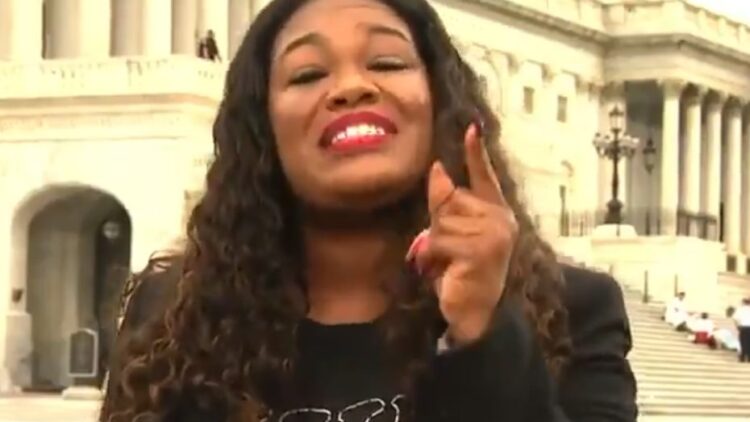 Rep. Cori Bush (D-MO) received criticism for announcing that she plans to spend $200,000 on private security for herself while also demanding that the police be defunded.

“I’m gonna make sure I have security because I know I have had attempts on my life. I have too much work to do. There are too many people that need help right now for me to allow that. So if I end up spending $200,000, if I spend ten, ten more dollars on it. You know what? I get to be here to do the work. So suck it up!” Bush said in an interview on CBSN.

“Defunding the police has to happen. We need to defund the police and put that money into social safety nets,” Bush says immediately after.

Many on social media pointed to the congresswoman’s privilege of having the resources to pay for private security while advocating for defunding the police, which average Americans rely on to keep their communities safe.

“Cori Bush: I’m going to make sure I have private security but defunding the police needs to happen,” tweeted Mike Berg.

“‘My safety, and the narrative, are more important than yours,'” said another Twitter user.

“Security for me, but not for thee,” replied another.

“I guess her life matters more than ours,” said someone else.

“That’s exactly what she is telling you in that clip …. she literally told you to ‘suck it up,'” replied another.

Even self-proclaimed fans of the congresswoman took issue with what she said.

“I am a huge Cori Bush fan, but we can NOT defund the police. I get what she’s saying reallocating[sic] funds to other community based policing, but this message sounds like she wants to disband law enforcement. Bottom line, we need major police reform & social safety nets,” said a supporter.