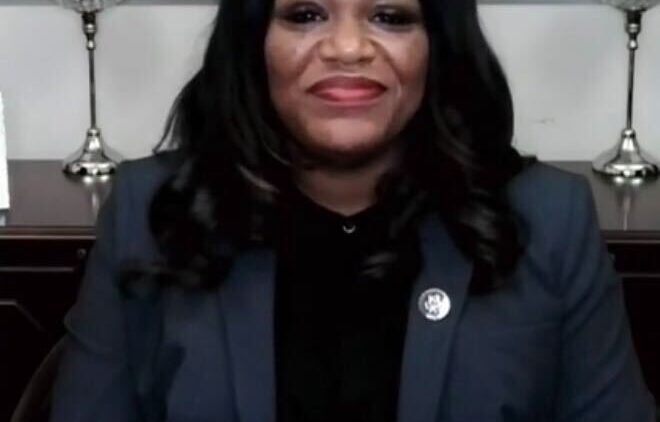 During the past three months, Congresswoman Bush spent almost twice her first quarter security expenditures as she campaigned for the ‘defund the police’ movement, paying RS&T Security Consulting $54,120.92, and directing $15,000 to Nathaniel Davis, citing “security services” for the payments between April 15 and June 28.

Earlier this year, Bush praised the move to cut millions of dollars from the St. Louis police department despite nearly 200 homicides occurring in the city in 2019 alone.

“Today’s decision to defund the St. Louis Metropolitan Police Department is historic. It marks a new future for our city,” Bush said. “For decades, our city funneled more and more money into our police department under the guise of public safety, while massively underinvesting in the resources that will truly keep our communities safe.”

Bush even called out former President Barack Obama on Twitter for not speaking out to defund the police. “With all due respect, Mr. President—let’s talk about losing people. We lost Michael Brown Jr. We lost Breonna Taylor. We’re losing our loved ones to police violence. It’s not a slogan. It’s a mandate for keeping our people alive. Defund the police.”

Other outspoken critics of the police, such as Rep. Alexandria Ocasio-Cortez (D-NY), Ilhan Omar (D-MN), and Ayanna Pressley (D-MA), have all spent thousands on private security details. Similar to Rep. Bush, these security expenditures all took place while the lawmakers were speaking out in favor of defunding the police.

Recently, Bush received backlash after reporting showed she spent $800 in taxpayer funds for private security during the first quarter of 2021. The February 19th payment was made to a New York-based security company, RSAT Security Consulting LLC.

Congresswoman Bush’s office did not immediately respond to a request for comment.