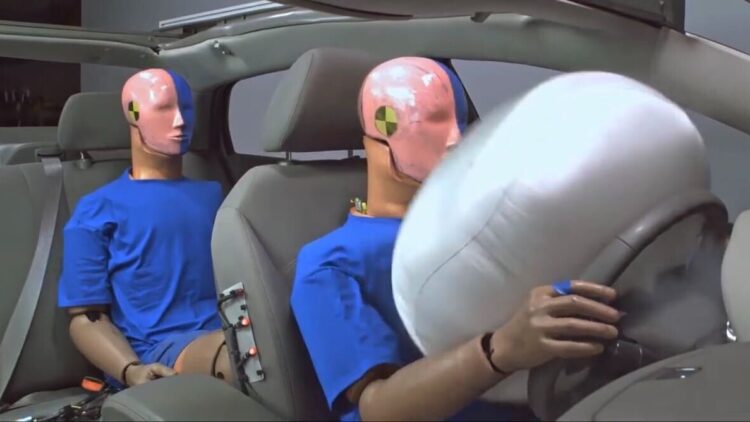 Congress is working on a bipartisan bill to address the gender disparity in vehicle safety testing, but the national safety agency responsible for crash testing has not yet addressed the disproportion in vehicle safety between men and women.

“I’m personally disappointed with the standards in the sense that there should not be a difference on your gender,” said Chris O’Conner, CEO of Humanetics, a company that manufactures crash test dummies. “When you look at the rating, it should be equal for everybody. And I think it’s misleading when it doesn’t offer you the same equivalent rating.”

“I do know that NHTSA who oversees this effort does use female crash test dummies in some of their safety testing and uses data to determine where to use each size and gender dummies,” said Press Secretary Jen Psaki.

The National Highway Transportation Safety Administration, or NHTSA, only uses female crash test dummies in the driver’s seat in one of the tests used to determine safety ratings, which has led lawmakers to believe that women may be misled about their own safety in vehicles.

“At the end of the day, if you’re seeing women dying 20% more often in a driver seat belted than a male, that’s something we need to fix,” O’Connor said.

The one test that the NHTSA uses female dummies for is a crash that occurs at a 75 degree angle, even though 80% of fatalities are from a head-on or direct side crash.

Congress introduced legislation to mandate a review of NHTSA’s testing practices, and language to that effect was also added to the infrastructure bill passed by the Senate this week.

“They [NHTSA] need to face this issue, and help us get it done, and make it more equitable for women,” said Rep. Gus Bilirakis (R-FL).

RELATED: Good Samaritans break through truck windows to rescue driver, not fight him

Both options would establish oversight on NHTSA in the form of a government accountability program.

The Alliance for Automotive Innovation is a group that calls itself “the unified voice of the automotive industry.”  CEO John Bozzella weighed in on the topic:

“Every day, vehicles are getting more advanced with new safety enhancements. Earlier this year Auto Innovators released recommendations for the New Car Assessment Program entitled the ‘Plan to Advance Safety at the Speed of Innovation,’ which include an expanded focus that includes both crashworthiness and crash avoidance.”