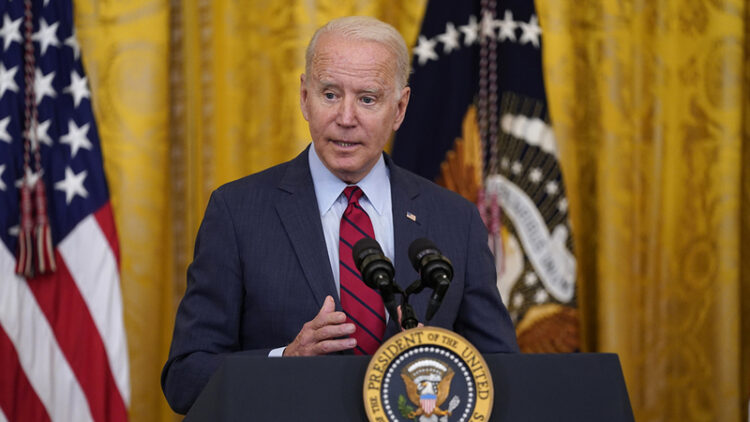 The Senate’s bipartisan infrastructure bill includes hundreds of millions of dollars for projects like “invasive plant species removal,” $50 million in research on a new “road usage” tax, and $2.5 billion in green energy subsidies for schools and non-profits.

The Senate revealed the text of their $1 trillion bipartisan “Infrastructure Investment and Jobs Act” on Sunday. Within the 2,700 page bill can be found billions in spending that has little or nothing to do with the nation’s infrastructure needs.

Section 11522, the “Invasive Plant Elimination Program,” calls for $250 million in spending to remove certain invasive species of plants including, cheatgrass, Japanese honeysuckle, Bradford pear, and others.

The bill also calls for research into a new “per-mile” usage tax on the American people.

Section 13001, “Strategic Innovation For Revenue Collection,” calls for the Secretary of Transportation to establish a “program to test the feasibility of a road usage fee and other user-based alternative revenue mechanisms to help maintain the long-term solvency of the Highway Trust Fund.”

Section 13002 establishes the “National Motor Vehicle Per-Mile User Fee Pilot,” which is appropriated $10,000,000 per year for each fiscal year 2022 through 2026, to determine whether per-mile user fees would help maintain the solvency of the Highway Trust Fund.

The bill also calls for $2.5 billion in green energy subsidies for public schools and non-profits.

Section 40501 establishes the “Grants For Energy Efficiency Improvements And Renewable Energy Improvements At Public School Facilities.” Within that section is appropriated $500,000,000 for each fiscal year 2022 through 2026, totaling $2.5 billion in spending.

The bill calls for every car manufactured to be equipped with “advanced drunk and impaired driving prevention technology” within three years after the date of enactment of the bill.

“We know that this has been a long and sometimes difficult process, but we are proud this evening to announce this legislation,” said Senator Kyrsten Sinema (D-AZ). The bill showed “we can put aside our own political differences for the good of the country,” she said.

Senator Rob Portman (R-OH) said the final product would be “great for the American people.”

Fiscal conservatives such as Utah Senator Mike Lee said he has “real concerns with this bill.”

Senators Sinema and Portman were contacted for comment, but The Independent Chronicle did not immediately receive a response.