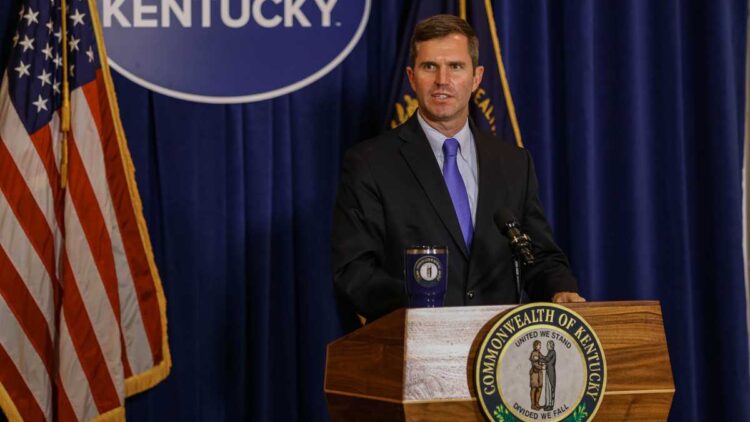 “The executive branch cannot simply ignore laws passed by the duly-elected representatives of the citizens of the Commonwealth of Kentucky. Therein lies tyranny. If the citizens dislike the laws passed, then the remedy lies with them, at the polls,” U.S. District Judge William Bertelsman wrote in his decision.

Bertelsman, appointed by former President Jimmy Carter, granted a temporary restraining order against Beshear’s mask mandate after a group of Catholic school parents sued the governor over the order, which forces all students over the age of two to wear a mask. The order, which is in effect for the next 30 days, also forces all teachers, visitors, and staff to wear masks.

“The federal court’s ruling could place thousands of Kentucky children at risk and undoubtedly expose them to the most dangerous version of COVID-19 we have ever seen,” said Crystal Staley, the Director of Communications for Gov. Beshear.

“The court ruled without hearing from the Governor and with absolutely no consideration of the consequences of exposure and quarantine that we will see – especially at a time when we are nearly out of staffed hospital beds statewide. Nor was the court provided the Franklin Circuit Court’s injunction of the legislation at issue,” the statement continued.

“Thankfully, while we disagree with the plaintiffs in the case, they have agreed that the order should be narrowed to only apply to their diocese and no others schools,” Staley added.

Bertelsman set a hearing for Tuesday on whether the order will stay in place.