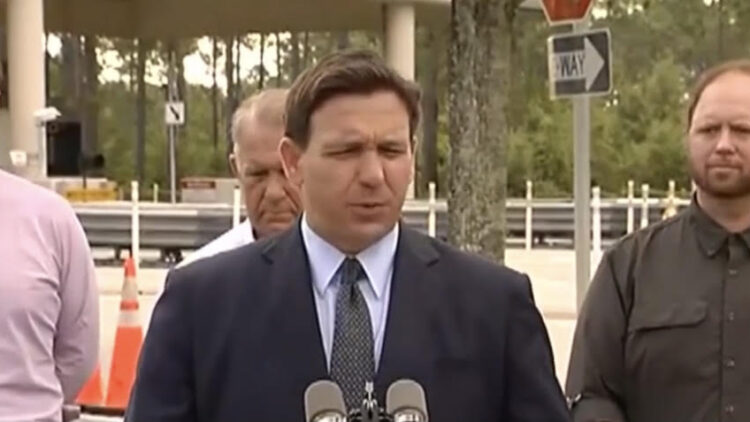 Amidst a recent surge in Covid-19 cases, Florida Governor Ron DeSantis (R) has issued an executive order banning schools from requiring students to wear masks during the 2021-22 school year.

“The federal government has no right to tell parents that in order for their kids to attend school in person, they must be forced to wear a mask all day, every day,” DeSantis said in a press release Friday. “Many Florida schoolchildren have suffered under forced masking policies, and it is prudent to protect the ability of parents to make decisions regarding the wearing of masks by their children.”

Last month, the Centers for Disease Control and Prevention (CDC) issued new guidelines for schoolchildren. Among their instructions for the upcoming school year was the recommendation that all children over two years old should wear masks in schools. Despite the CDC recommendation, DeSantis feels that masks mandates “lack scientific justification.”

“Despite recent Centers for Disease Control and Prevention (CDC) ‘guidance,’ forcing students to wear masks lacks a well-grounded scientific justification,” DeSantis’ executive order states. “A Brown University study analyzed COVID-19 data for schools in Florida and found no correlation with mask mandates.” The order, which takes effect immediately, also warns that masking children could be detrimental to their health.

“Masking children may lead to negative health and social ramifications,” the order alleges. “Forcing children to wear masks could inhibit breathing, lead to the collection of dangerous impurities including bacteria, parasites, fungi, and other contaminants.”

DeSantis’ order also gives Education Commissioner Richard Corcoran the authority to withhold state funding from school boards that do not comply with Florida law. Miami-Dade Schools superintendent says he now worries that schools will have to choose between complying with the law and protecting students’ health.

“I believe that generalized pronouncements via executive order or state statute that basically don’t differentiate between conditions which may vary significantly from South Florida to Central Florida to the Panhandle, that don’t take into account how differently those conditions may be and the impacts that they may have may not necessarily be in the best interest of our communities,” Corcoran said. Meanwhile, the Miami-Dade teachers union took their criticism of DeSantis a step further.

“While South Florida becomes the national epicenter for Covid, Governor DeSantis continues to engage in culture wars that endanger the lives of Floridians,” a spokesperson for the teachers union said in a statement.

DeSantis is also facing significant criticism from his own agriculture commissioner, Nikki Fried (D), the only statewide Democrat in Florida.

”Ron DeSantis is willing to defund our schools to get his way,” Fried wrote in a tweet. “This is the stuff of dictators. Don’t say I didn’t warn you.”

“2 weeks ago, I asked Ron DeSantis to declare a state of emergency on Florida’s red tide. He still hasn’t taken action, but he has: played border patrol in TX, traveled to raise campaign cash [sic] Fought the CDC on vaccines. Governor should be focused on issues facing their states,” Fried wrote in another tweet.

Fried is also planning a gubernatorial run against DeSantis and has used her critique to ask for campaign donations.

“Having to do my job AND the governor’s job hasn’t allowed us to do a ton of fundraising this month,” Fried said. “But if you have the means, can you chip in something?”