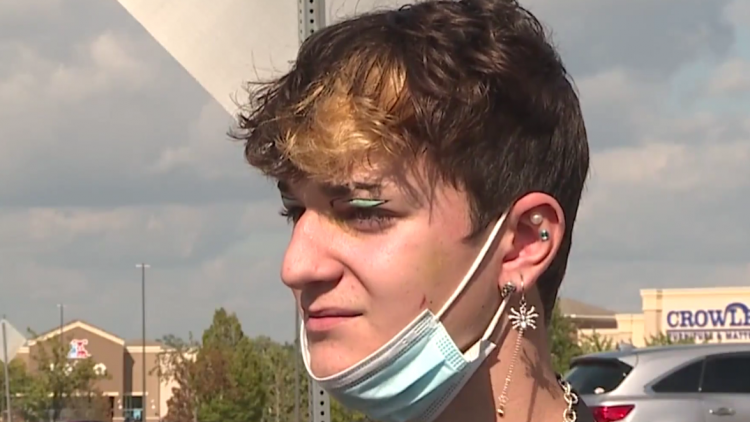 Bullying reached crisis point at a Missouri school Wednesday when a group of bullies instigated a fight while harassing a gay student and his friends, landing one victim in the hospital.

The community says that the school needs to enforce a zero-tolerance policy on bullying. “It shouldn’t take an injury. What is it going to take – a death – before they say, ‘Oh shoot! Things are getting out of hand.’? Our children should feel safe at school,” said Missy Lillis, mother of one of the victims.

RELATED: Muslim school board member under fire from LGBTQ activists for not committing to being an ‘ally’

Her son, Danny Lillis, is an openly gay senior at the Lee’s Summit school. After he began wearing makeup to school, he said the bullying started ramping up, culminating in Wednesday’s physical altercation.

“They were just talking about how we’re ugly, how we’re rude,” said Carly Vento, a friend of Lillis’s. “How we’re all fat.”

“It wasn’t just through words,” Lillis added. “It was more through laughter and actions such as things getting thrown at my lunch table. Mustard got thrown at my friend’s hair that was aimed at my table because of this.”

“He shoved her back. She then shoved him. Then, he punched her,” Vento said, “That’s when I jumped on him and pulled him to the ground to where he wouldn’t hit her again.”

RELATED: Woke teacher suggests that her students say the Pledge of Allegiance to the Pride flag

Parents of the victims expressed anger at the way the school handled the situation. After Hohlbaugh was injured, the school didn’t even contact her mother, citing investigative protocol.

Hohlbaugh’s mom, Melanie Davies, thinks that her child’s injury warranted an immediate call, although the school told her they would only call in the case of a medical emergency.

“If my child was knocked to the ground by a male student and her nose is bleeding and her lip is fat – that is a medical emergency,” Davies said.

Lillis and his mom Missy also expressed frustration with what they felt was the school’s ongoing mishandling of the situation.

“There were at least four to five times that I went to STAD [student administration] crying for help,” Danny Lillis said, citing multiple harassment reports he had filed.

After a previous meeting with the school’s assistant principal, Missy was assured that extra staff would be on hand, particularly during lunch, to monitor and look out for instances of bullying and harassment. There were reportedly no additional staff on hand Wednesday when the fight occurred.

“While I’m walking away from it with blood dripping down and no teacher or anyone was there to help other than the students,” Hohlbaugh said.

Students announced they will engage in a walk out on Monday to advocate for policy change and better safety protocols at school.

The school released a statement on the incident.

“Everyone in the Lee’s Summit R-7 School District community deserves to feel safe and welcome. Harassment or discrimination in LSR7 is strictly prohibited. Although laws protecting students’ privacy prevents us from discussing the specifics of this incident, we can share that school and district administrators are conducting an investigation and taking action to ensure the safety of all students and staff. District administrators will follow Board of Education policies and procedures as we determine next steps. In LSR7, it is a top priority to ensure an inclusive culture where our students, staff members and families are valued and treated with dignity.”

The school has begun meeting with the parents and students involved in Wednesday’s incident. Lillis’s mother is also meeting with an attorney to discuss legal options.