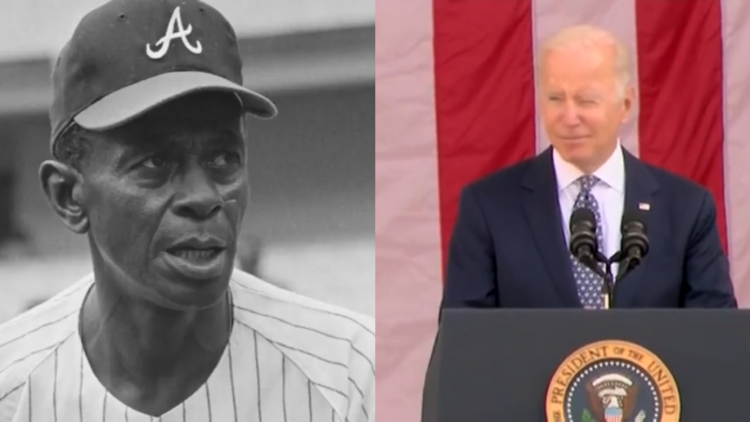 President Biden referred to legendary professional baseball player Leroy Robert “Satchel” Paige by a racial slur as he commended his attitude throughout his baseball career.

“He seemed to be stumbling over his words, but meant to say something like, ‘the great Negro League baseball player’. He should probably stick to the teleprompter,” one person commented.

Townhall.com posted a video of the gaff, “Biden tells a story about ‘the great negro at the time’ Satchel Paige.”

“This isn’t that bad when you hear the whole clip, but it’s like the eleventy billionth example of how Biden, once a smooth-tongued rapid-fire purveyor of malarkey, is now a pitiably incoherent communicator staggering gingerly through sentences & still stumbling,” another person tweeted.

“Just imagine if 45 had said it. They would be going nuts. Joe gets a pass, per usual,” one person tweeted.

“He could have used the term Negro League which is historically accurate and not referred to Satchel Paige as a negro, an antiquated term for black people with highly racist undertones,” another commentator added.

“As an unabashed Satchel Paige fan, I totally get when Biden is saying. Also, with all due respect, Joe Biden is no Satchel Paige,” tweeted Nathan Wurtzel.