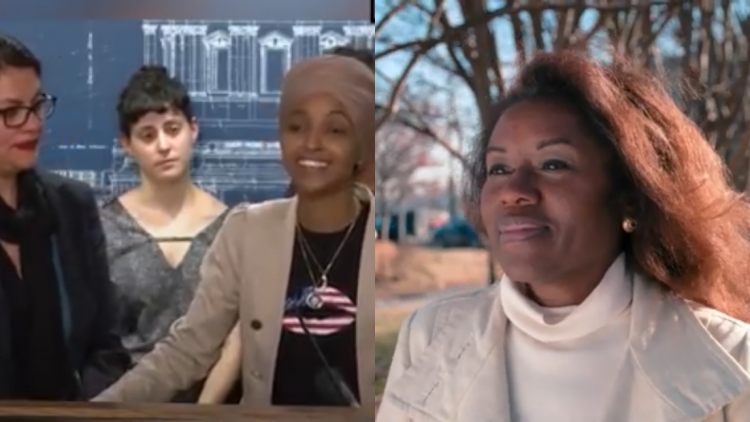 There is a glaring omission in The Squad’s election celebrations – the historic win of Republican Winsome Sears, the first Black woman Lieutenant Governor of Virginia.

Although The Squad issued other public congratulatory statements to elected minorities, there is radio silence from them on Sears, despite being contacted by various news outlets including the Independent Chronicle, asking for their comments on Sears’ victory.

“I’m telling you that what you are looking at is the American dream,” Sears said in her victory speech.

“Winsome Sears is now the first black, female lieutenant governor in the history of Virginia. Democrats would celebrate that but she is a badass, gun toting Republican,” tweeted Carmine Sabia.

Similarly, Squad member Ayanna Pressley congratulated the Democratic mayor-elect of Boston who is the child of immigrants.

“THANK YOU, VIRGINIA!” Sears tweeted after the election results indicated her victory over Democrat Hala Ayala, a member of the Virginia House of Delegates and an appointee on former Virginia Gov. Terry McAuliffe’s Council of Women.

Sears has a striking history – she immigrated to the United States from Jamaica as a child, joined the Marines as a young adult, built a small business as a trained electrician, led a men’s prison ministry, directed a women’s homeless shelter for the Salvation Army, was Vice President of the Virginia State Board of Education, received a presidential appointment to the US Census Bureau, and is a wife and mother.

“In case you haven’t noticed, I am black. And I have been black all my life, but that’s not what this is about,” Sears said. “What we are going to do now is be about the business of the Commonwealth,” she continued. “We have things to tend to.”

“We are going to fully fund our Historically Black Colleges and Universities,” Sears said. “We’re going to have safer neighborhoods, safer communities, and our children are going to get a good education.”

“When I joined the Marine Corps, I was still a Jamaican,” she said. “But this country had done so much for me, I was willing to die for this country.”

“USA! USA!” the crowd chanted in response to her victory speech.