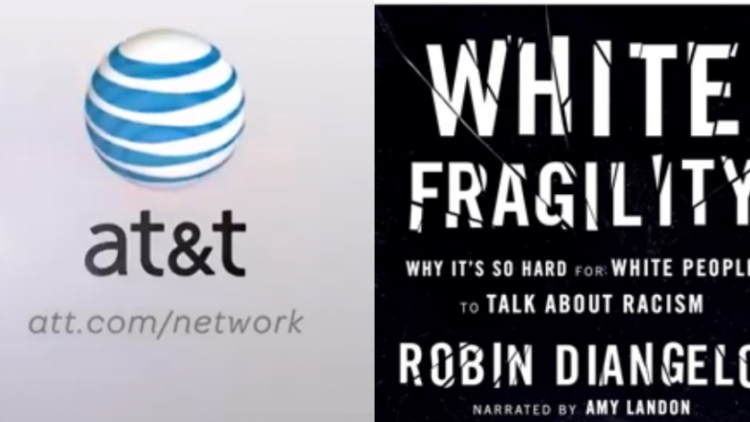 The CEO of AT&T is sending a clear message to its white employees through its “reeducation” efforts: confess your privilege and acknowledge systemic racism or face career consequences.

Journalist Christopher Rufo obtained leaked documents about the company’s reeducation initiative which allegedly includes studying the concepts of “whiteness,” “white privilege,” and “white supremacy,” with participants required to “do one action [per day for 21 days] to further [their] understanding of power, privilege, supremacy, oppression, and equity.”

Rufo’s source stated that employees are pushed to sign a loyalty pledge to “keep pushing for change,” pressured to commit to “reading more about systemic racism,” and “challenging others’ language that is hateful.”

CEO John Stankey established the program, “Listen Understand Act,” in the aftermath of George Floyd’s death, and white employees are being threatened with poor performance reviews if they choose not to participate in the program.

“As individuals, we can make a difference by doing our part to advance racial equity and justice for all,” Stankey wrote. “If you are looking for tools to better educate and inform yourself on racial equality, resources are available at Listen. Understand. Act.”

“We also encourage you to actively participate in our recently launched Equality First learning experience, a new initiative to increase awareness and action around our value to Stand for Equality,” he continued.

While the majority of AT&T employees are not directly required to participate in “Listen Understand Act,” managers are allegedly required to take part in discussion groups, book clubs, mentorship programs, and race reeducation exercises.

Some of the company-promoted reading material includes “White America, if you want to know who’s responsible for racism, look in the mirror,” by Dahleen Glanton, “White Fragility: Why It’s So Hard for White People to Talk About Racism,” by Robin DiAngelo, and “White Awake: An Honest Look at What It Means to Be White,” by Daniel Hill.

“If you don’t do it, you’re a racist,” Rufo’s source commented.

AT&T’s “21-Day Racial Equity Habit Challenge” tells participants in a series of lessons on “whiteness” that “white supremacy [is] baked into our country’s foundation,” that “whiteness is one of the biggest and most long-running scams ever perpetrated,” and that the “weaponization of whiteness” creates a “constant barrage of harm” for minorities.

“Notice your biases and judgments as they arise. These are gold for you to excavate your subconscious!” the program advises.

“Our financial contributions to support police reform is but a slice of the pie,” said Ken McNeely, AT&T’s Western region president after AT&T donated $21.5 million to various racial justice organizations.

The company also said in a statement, “We think understanding white privilege is a powerful lens into the complexities of doing social justice work, so we’ve focused our resources on that specific issue.”

AT&T has not commented publicly on Rufo’s report.