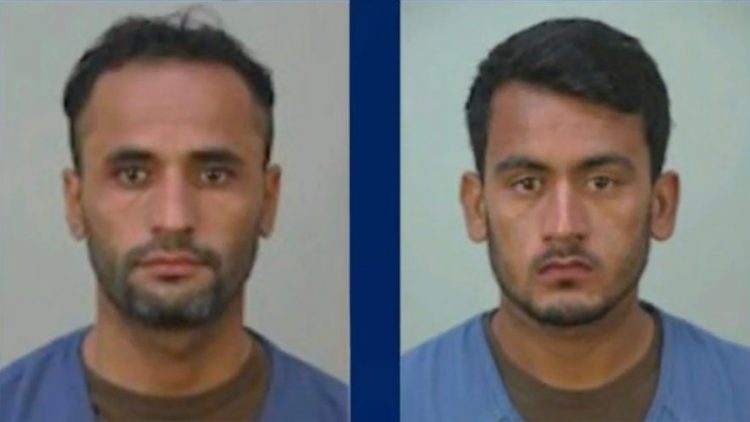 Bahrullah Noori, 20, is charged with attempting to engage in a sexual act with a minor through the use of force. The victim was younger than 16, according to the indictment.

Mohammad Haroon Imaad, 32, is charged with assaulting his spouse by strangling and suffocating her on Sept. 7. The complaint states that Imaad’s wife told soldiers through an interpreter that her husband also struck their children on “multiple occasions.”

The wife also accused Imaad of beating her so severely in Afghanistan that she lost “vision in both eyes.”

“Noori and Imaad were charged previously in complaints filed in U.S. District Court. They made initial appearances in Madison on September 16 and are being detained at the Dane County Jail,” a press release from the Justice Department says.

Noori faces a mandatory minimum penalty of 30 years and a maximum of life in federal prison on the charges of use of force on a minor, if convicted. Imaad faces a maximum sentence of 10 years if convicted, according to the DOJ.

“You are advised that a charge is merely an accusation and that a defendant is presumed innocent until and unless proven guilty,” the DOJ press release states.

The two arrived in Wisconsin last month after President Biden’s botched U.S. withdrawal from Afghanistan led to the Taliban taking over the country, causing millions of Afghan nationals to flee. Monroe County, where Fort McCoy is located, received 12,000 Afghans.