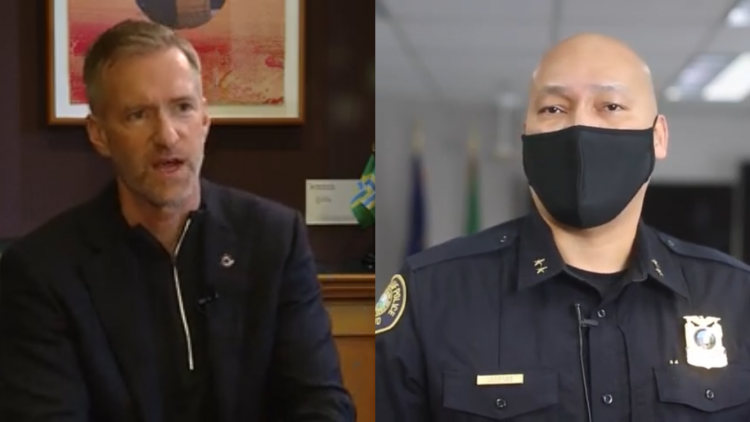 Portland is the latest city to backpedal on “defund the police” policies after the city saw record crime rates with a shocking 73 murders in 2021 alone.

“Many Portlanders no longer feel safe in their city,” Democratic Mayor Ted Wheeler said during a press conference earlier this week.

Wheeler is seeking $5 million to hire more police officers and invest in more body cameras, in contradiction to the city’s policies of the past year. Law enforcement in Portland has been struggling to control the eruption of deadly violence following the defunding of their police.

“Without these investments, the outlook for violence in our city is grim,” the mayor stated.

Portland, infamous for its far-left Antifa protests and riots and its vehement anti-police sentiment in the wake of George Floyd’s death, made huge cuts to its police budget and personnel last year. Amid outcry that the unit was racist, the city demobilized a specialized unit focused on ending gun violence.

According to recent FBI data, murders have increased nearly 30 percent from 2019 to 2020. And from the start of 2020 to now, that figure has increased a staggering 83 percent.

The effects of the budget cuts have been widespread and devastating. Over 200 officers have left the department in response to Wheeler’s progressive policies, and have cited low morale in the department, a lack of support from local government, and burnout from months of protests.

“We are running on fumes. There’s no way we can investigate thoroughly, and correctly, all these shootings,” said Daryl Turner, executive director of Portland’s police union.

“Business owners have closed up shop, for fear of doing business in high risk areas,” admitted Wheeler. “Commuters fear for their safety, whether taking public transport or going by foot. Parents are scared to let their children play outside,” he continued.

The situation in Portland is so dire that Wheeler is offering a $25,000 signing bonus to the first 50 hires in the department.

“Our police bureau staffing levels are at record lows and based on projected retirements, staffing levels will continue [to decrease] unless we take decisive action now,” he said.