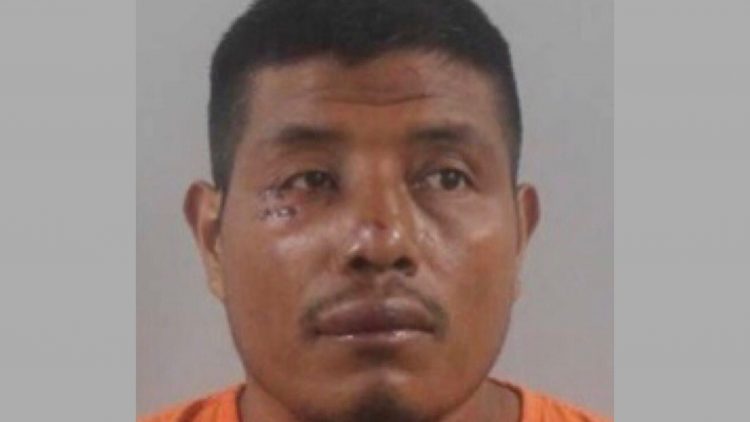 Ernesto Lopez Morales, a 32-year-old native of Guatemala illegally residing in Florida, killed a young child and injured the mother after crashing into them on State Road 60 on Saturday night.

“Morales has no regard for the law or human life, and we are going to do everything possible to hold him accountable,” Sheriff Grady Judd said in a statement. “If he had been in Guatemala and not in the United States illegally, this beautiful little girl would still be alive today.”

RELATED: Migrants laugh and joke as ‘nonstop rafts’ carry them across the border

The crash happened around 8:30pm. Morales later admitted that he had six 32-ounce beers before getting into his vehicle to go buy more alcohol. Morales was driving without headlights and after hitting a 2016 gray Hyundai Elantra, he ran from the scene.

The driver of the Elantra, a woman from Plant City, had her 5-year-old girl in the backseat. When emergency responders arrived, the little girl was dead. The driver, her mother, was hospitalized with injuries that are not life-threatening.

First responders also discovered that while Morales’s 2005 black Chevrolet Suburban was at the scene, Morales himself had fled. Police tracked him down and arrested him at his home.

“He admitted to not turning on his headlights and fleeing from the crash location,” a press release from the Polk County sheriff’s office said. “He also told deputies he left the crash because he doesn’t have insurance or a driver’s license.”

According to records, Morales has never had a driver’s license in Florida or anywhere else. Authorities sought a warrant to test his blood alcohol level and found it to be far above Florida’s legal limit of .08. Morales tested at .108

Morales is being held on a $22,500 bond. The U.S. Immigration and Customs Enforcement placed a hold on him due to his status as an illegal alien.