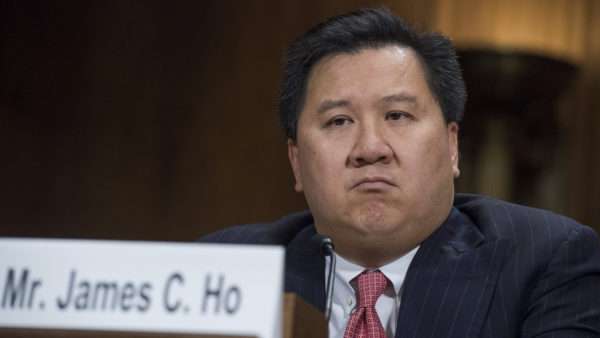 Disparate impact theory is a judicial theory that allows legal challenges to government policies that on their face appear to be non-discriminatory but have disproportionately negative effects on certain groups and communities.

“It’s the difference between color blindness and critical race theory,” he added.

The case involved Manning Rollerson, a black property owner in Freeport, Texas, who claimed the city used discriminatory tactics to purchase land from a historically black neighborhood for a port expansion project. Ho’s concurrence accompanied a majority opinion that reinstated one part of that property owner’s suit.

Rollerson said the strategy used by Port Freeport to complete a harbor improvement project, which it’s working on with the U.S. Army Corps of Engineers, violated civil rights law.

Under Title VI of the Civil Rights Act of 1964, discrimination in federally funded programs or activities is prohibited.

He said if people suing under Title VI can use disparate impact theory to back up their claims, Congress should be responsible for cementing that in law.

“It’s said that the road to hell is paved with good intentions…That’s why we have laws on the books, like Title VI, that simply forbid the ‘sordid business’ of ‘divvying us up by race’ no matter what our intentions,” Judge Ho said.