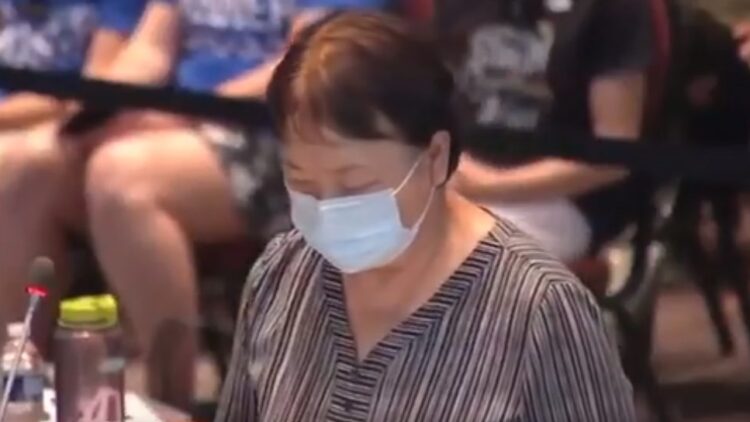 Xi Van Fleet, a mother who lived through Mao Zedong’s Cultural Revolution before coming to the United States blasted a Virginia school board during a public meeting over it’s support for critical race theory.

“I’ve been very alarmed by what’s going on in our schools,” Xi Van Fleet told the Loudoun County School Board members. “You are now teaching, training our children to be social justice warriors and to loathe our country and our history.”

“The Communist regime used the same critical theory to divide people,” she said. “The only difference is they used class instead of race.”

“We were taught to denounce our heritage, and Red Guards destroyed anything that is not communist…statues, books and anything else,” she continued. “We were also encouraged to report on each other, just like the Student Equity Ambassador program and the bias reporting system.”

“This is indeed the American version of the Chinese Cultural Revolution,” she said. “The critical race theory has its roots in cultural Marxism. It should have no place in our school.”

Van Fleet says she was six years old when the Cultural Revolution began in China. She says students and teachers were immediately pitted against one another by hanging “Big Posters” all over the school where students could write criticisms of anyone who was deemed “ideologically impure.”

“One of the teachers was considered bourgeoisie because she liked to wear pretty clothes,” Van Fleet said. “So the students attacked her and spit on her. She was covered with spit… and pretty soon it became violence.”

Van Fleet tells of “Communist squads” raiding people’s homes and destroying anything with connections to China’s past culture. Whether it be culture, history, government, or religion. “Everything that was considered ‘old,’ feudalist, a vase, Buddhas, everything was taken out and smashed,” she said.

“We were asked to report if we hear anything about someone saying anything showing that there’s a lack of complete loyalty to Mao,” she said. “There were people reporting their parents, and their parents ended up in jail.”

She says she finally made it out of China at the age of 26, coming to America she found freedoms that she never thought she would have or be able to enjoy before. “I felt like it’s such a free country, meaning I have free access to all sorts of information – books on both sides of the issues,” she said.

She says she is warning everyone that the same types of censorship on speech and thought that happened under Mao in China is currently happening here in America. “I can’t really just say what I mean, even though the other side can say whatever,” she said. “To me, and to a lot of Chinese, it is heartbreaking that we escaped communism and now we experience communism here.”

Recently a group of Loudoun County parents were accused of “racketeering” and intimidating parents who oppose critical race theory. Members of the “Anti-Racist Parents of Loudoun County” Facebook group allegedly put together a list of names of outspoken parents and individuals in the community in order to doxx them or scare them into “self-censorship,” according to David Gordon, director of the Virginia Project.

The Loudon County School Board also recently made headlines after gym teacher Byron Cross was suspended for making a public speech denouncing the school’s policy of referring to transgender students by their preferred pronouns. Cross was later reinstated after a judge found that the schools suspension of Cross violated his first amendment rights.