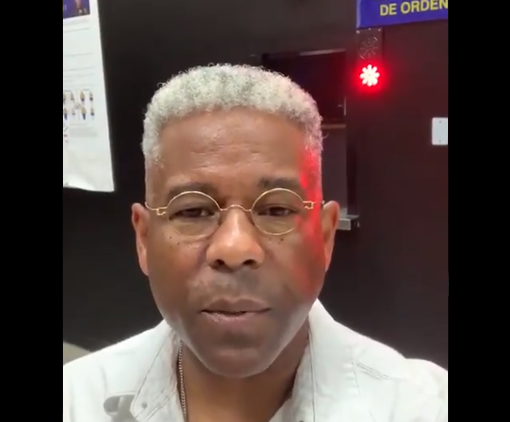 Republican gubernatorial challenger, Allen West, tweeted Saturday afternoon that his wife had been released from custody after being arrested for DWI with her infant grandson in the back seat.

“I support the thin blue line, but this is insidious. They put my grandson at risk, at jeopardy, left him with a couple of police officers, and carted his grandmother into to jail when she had water and lemonade – that’s what witnesses said that were with her for dinner – water and lemonade for dinner,” West tweeted about his wife’s situation.

West’s wife Angela was arrested a little before 9 pm Friday. She was pulled over for a traffic violation, and the officer suspected DUI. He had her perform a roadside sobriety test, and after that, he arrested her for “driving while intoxicated with a child under 15 years old.”

West recorded a video from the Dallas County Sheriff’s Department from around 3 am Saturday and expressed frustration and anger over the situation. “We are releasing violent criminals in Texas but arresting grandmas?” he asked.

“I’m beyond livid and I’m telling you something. Dallas County Sheriff’s Office, Dallas police chief, I want an explanation of this,” he continued in the video. “I want to know who arrested my wife for quote-unquote suspected DUI when she had water and lemonade, and her breathalyzer test came up negative. I am pissed.”

The Wests’ infant grandson Jaxton was left at the scene in the care of two law enforcement officers. The police department was able to contact the Wests’  youngest daughter, Austen, who went and picked up the baby.

West later posted a statement from Austen on his Twitter account. “I was so sad, angry, and just confused as to how this could happen,” she said. According to Austen, her mom had called her to say she was getting her “first ticket.” Austen asked, “What did you do?” and her mom responded, “The officer said I did not use my turn signal.”

West also posted a photo of his wife’s dinner receipts, showing she had not purchased alcohol.

Angela was released from custody Saturday.

Allen West is a retired U.S. Army lieutenant colonel who plans to challenge Greg Abbott as the Governor of Texas. West served as State Representative from 2011-2013 and the chair of the Republican Party of Texas from 2020-2021. He is known for making inflammatory remarks, including in 2011 referring to Barack Obama as “a low-level socialist agitator.”