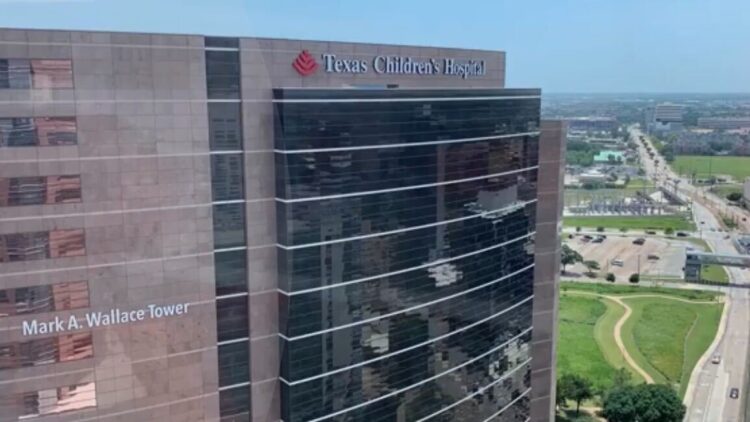 The Texas Tribune published an article on Thursday attributing the total number of children hospitalized since the beginning of the pandemic to a period of the last 7 days, and then quickly backtracking when the fallacy was brought to light – a reporting error of over 5,000 cases.

“That’s one heck of a correction,” reporter Steven Dennis tweeted.

“You can see how the mistake was likely made by reading the chart. Top left the number is listed as Aug. 1, *2020* to Aug. 9, 2021. Easy to misread at first glance, especially if you don’t read the rest of the stats, but *ouch.*,” he continued in a now-deleted tweet.

“Also worth noting, for the thousandth time, children are at more risk from the flu than COVID. This hard fact has been available to us for over a year, and yet Democrats keep advocating for our children to suffer through school closures and mask mandates,” Rep. Dan Crenshaw (R-TX) tweeted.

The Tribune article discusses how more children are flooding into Texas hospitals than ever before, originally saying that Texas had seen over 5,800 children hospitalized with Covid in the past week.

It turns out that the actual number of children admitted with Covid between July 1 and August 9 – a 40-day period, not a 7-day period as originally stated in the article – in Texas is 783. That gives us about 137 hospitalizations per week if divided evenly between the 40 days. So the number that the Tribune originally reported is 4,100% higher than the correct statistic.

Reactions to the correction on social media were varied.

“No, it is NOT easy to misread – be a damn professional. This person gets paid for what they do right? The “journalist” saw what they wanted to see. He wanted to see a large number bc it justifies the hatred he has of Texas, a red state, and the governor,” tweeted one person in reply.

“It’s also easy to misread if you’re giddy about the information and are salivating about getting it in print,” agreed another.

“If you can’t see that number is absurdly unrealistic for a single week you have no business writing news about Covid,” stated someone else.

“The fear mongering is out of control. Enough,” said another.

Others chose to focus on the fact that 783 children hospitalized in a month is concerning, and the health of those children should be the primary focus, not the reporting error.

“That’s still a lot of kids who are sick enough to require hospitalization,” observed one person.

“783 hospitalized CHILDREN in Texas due to COVID is still a disaster. I don’t care if they got numbers mixed up, that 783 number is still shockingly high,” said another.

Some wondered if Covid reporting, in general, is more sensationalist than accurate, including the hospital tallies.

“The real question is around one word “with”.  Does that mean they are in the hospital BECAUSE of COVID or did they come for something else, get tested, and then get tossed in the COVID bucket?  How serious are these cases?” someone else tweeted.

“What does that mean?  Children were admitted because of a stomach ache and tested for the 19 and now are listed as ‘hospitalized WITH Covid’?” wondered another.