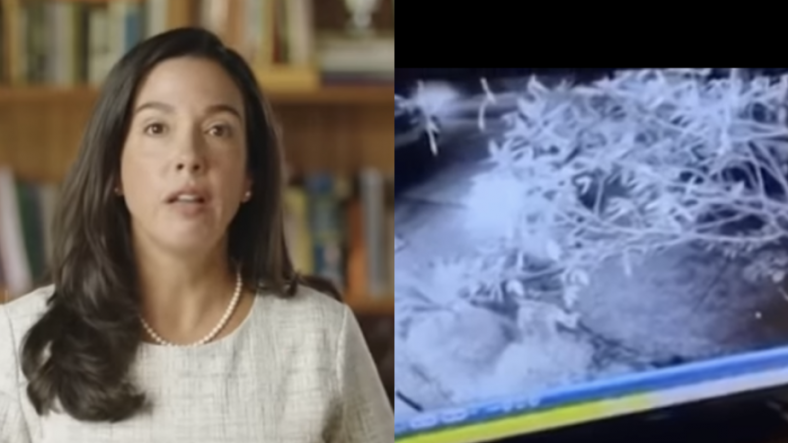 Lafayette City Court Judge Michelle Odinet has resigned after video footage surfaced showing her and others watching security footage of a burglar on her property during which she used racial slurs to describe the individual.

“I take full responsibility for the hurtful words I used to describe the individual who burglarized the vehicles at my home,” Odinet wrote.

RELATED: Asian model responds to harassment over ‘overly slanted’ eyes in advertisement: ‘Am I not Chinese?’

The video shows an attempted car burglary and how the suspect was apprehended at Odinet’s Louisiana home. Commentary by several people can be heard throughout, but Odinet and others cannot be seen in the footage.

“We have a n—–, it’s a n—–, like a roach,” Odinet can be heard saying, describing the Black suspect.

In mid-December, Odinet agreed to unpaid leave during investigation of the incident, although initially she had said that she has no recollection of using that language due to a sedative she had taken before the video was recorded.

Earlier in the week, Orleans Parish District Attorney Jason Williams ordered a civil rights review of all the cases Odinet prosecuted as an assistant district attorney.

The “casual dehumanization displayed by Judge Odinet raises serious questions about her impartiality and the presence of bias and discrimination in her work on the bench and during her time as a prosecutor,” Williams stated.

Before being elected judge, Odinet worked as a prosecutor and public defender. Her term was supposed to have been 6 years.

Friday, she submitted her resignation.

“I am sorry for the pain that I have caused my community and ask for your forgiveness, as my words did not foster the public’s confidence and integrity for the judiciary,” Odinet wrote in a letter addressed to Louisiana Supreme Court Chief Justice John Weimer.

She said she felt resignation was the appropriate action “in order to facilitate healing within the community.”