Asian model responds to harassment over ‘overly slanted’ eyes in advertisement: ‘Am I not Chinese?’ 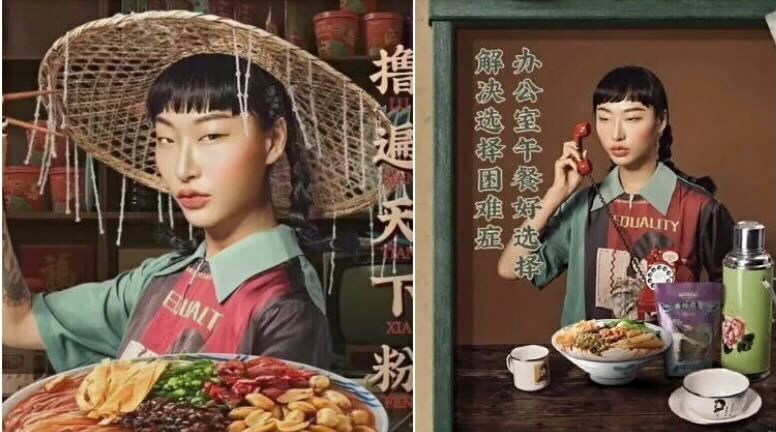 Chinese model Cai Niang Niang responded to critics saying her eyes were “overly slanted” and “stereotypical” in a 2019 ad photoshoot, saying she shouldn’t be harassed for the way she was born.

“With small eyes, am I not Chinese?” she wrote on Weibo on Sunday.

“I was born with these eyes and they look even smaller in real life,” she continued. “Does that mean I can’t be a model? Have I been offensive to Chinese people since the day I was born?”

The advertisement in question was for a snack company called Three Squirrels. Critics responded to the ad photos saying Three Squirrels had given in to the pressure to conform to “stereotypical” standards of Asian beauty in response to consumer demand for Chinese culture and products.

An anonymous source, reportedly a Three Squirrels manager, confirmed that the company styled the photoshoot “guo chao style,” referring to the high consumer demand for Chinese style and culture.

“I totally agree with patriotism,” the model wrote. “However, creating big problems out of normal matters has become a morbid obsession. I hope everybody can have a healthy mindset.”

Three Squirrels said they styled the makeup to flatter Cai’s facial features with no intention of making her “ugly” or “smearing” Asian women.

Nonetheless, the company removed the ad material from their website, and released an official statement apologizing for the ad.

“Regarding the opinion that the model does not fit the mainstream’s aesthetic taste and makes the public feel uncomfortable, we are sincerely sorry,” they said.

“People are just too much. There is nothing wrong about having slant eyes. She is beautiful,” one user wrote online.

“I think she looked beautiful in the advertisement, and it’s not necessary to say this is unpatriotic. Can’t our culture just be tolerant and confident? Slanted eyes is also a kind of eastern beauty. The definition for beauty should not be limited to big eyes and double eyelids,” another person wrote on Weibo.