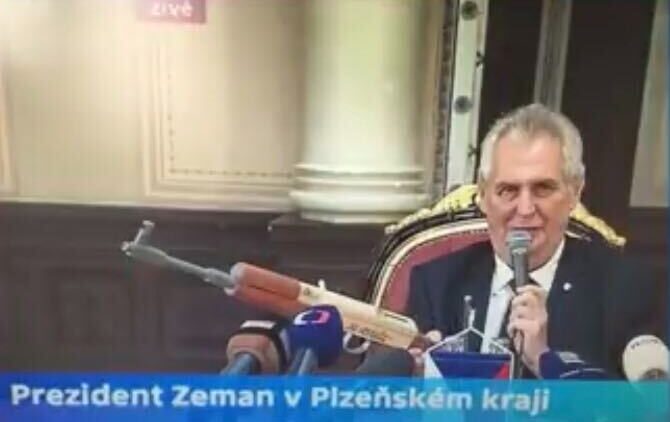 54 of the 74 senators voted for the amendment, which guarantees Czech citizens “the right to defend one’s own life or the life of another person with a weapon is guaranteed under the conditions laid down by law.”

The Senate needed a three-fifths majority (45 votes) in order to pass the Charter amendment, colloquially referred to as the “European Second Amendment.” President Milos Zeman, a vocal supporter of gun rights, is expected to sign it into law.

“The level of international crime is growing because of Islamic terrorism,” Zeman told the Parliamentary Assembly of the Council of Europe in late 2017.

“I am open and frank, and I do not use the phrase ‘Islamic terrorism’ lightly but, in the overwhelming majority of cases, it has Islamic origin. It is connected with genocide in Armenia.”

“What can we do against international criminality? Invest in the police, invest in the army, and have the courage to invest in our own guns.” he said.

This amendment to the Czech Charter of Fundamental Rights and Freedoms passed at the apex of a national publicity campaign. Over 100,000 people signed a petition demanding the right to bear arms in self defense.

The petition stated that the goal was to prevent European Union law from restricting citizens’ rights and to set the Czech Republic up to be in a position of strength as the EU moves to limit ownership of firearms and other weapons across the entire continent.

Zeman signed the petition back in 2018 and regularly advocates for gun rights. His antics drew outrage from the liberal media in 2017 when he brought a toy rifle to a press conference. He told the press, whom he has referred to as a “septic tank,” that toy was only loaded with liquor as ammunition. The toy rifle was inscribed with the words “for journalists.”

Václav Klaus Jr., founder of the Center for Civic Freedoms and son of former president Václav Klaus Sr., declared that free countries do not disarm their citizen, only non-democratic and fascist ones do.