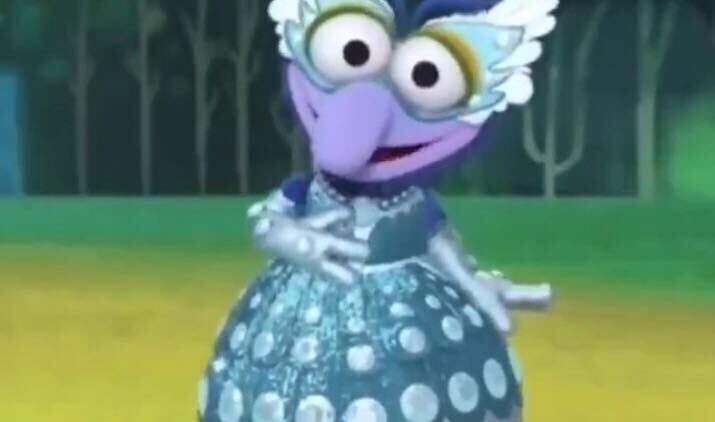 Disney put Gonzo, a familiar male Muppet, in a dress and reintroduced him as transgender princess “Gonzorella” in a recent episode of “Muppet Babies.”

“Everyone, there’s something I need to tell you,” Gonzo tells the group of baby characters in the cartoon. “The princess who came to your ball tonight was me.”

The scene shows the muppets telling Gonzo he missed the royal ball. “We met the most amazing princess, but they ran away. And all they left behind was this,” says Miss Piggy, holding up a shoe.

Gonzo dons the shoe, and a magical transformation happens. “Wow!” say all the muppets, looking at Gonzo in a dress.

“I’m Gonzorella,” he tells the muppets. “But Gonzo, why didn’t you tell us?” Miss Piggy asks.

“Because you all expected me to look a certain way. I don’t want you to be upset with me,” Gonzo replies.

“I can’t believe I’m tweeting this but.. they are pushing the trans agenda on children via muppet babies. This is sick and PERVERTED. Everyone should be disturbed by predatory cartoons meant to usher children into gender dysphoria. Bring back manly muppets, anyone?” tweeted Candace Owens.

“Fun fact, Gonzo has been wearing dresses since 1975. The episode had nothing to do with gender dysmorphia [sic]. Jim Henson hired many members of the LGBT community, the most prominent, Richard Hunt, was the performer of Scooter, Janice, Statler, Junior Gorg, and many, many more,” a Twitter user said in response.

“So happy for Gonzo and so happy for all the kids who will see this and feel seen,” tweeted drag artist Marti.

“With all that’s happening in the world today, we cannot take our eye off the transgender agenda that’s going after our kids. Just because too many parents aren’t paying attention doesn’t mean our kids aren’t,” warned JD Rucker.

Children’s television has embraced the transgender ideology more and more over the past several years. An episode of Blue’s Clues flew the transgender flag along with pansexuality, gender-fluidity, and intersexuality flags, and two characters in My Little Pony were recently “outed” on the show.

Nickelodeon programs have featured drag queens detailing the meaning of the Pride flag’s colors. “First is a lesbian gator family, followed by a gay bear family; after them comes non-binary dolphins, transgender beavers, as well as various other asexual, bisexual, and pansexual animals,” a drag queen said in one video.